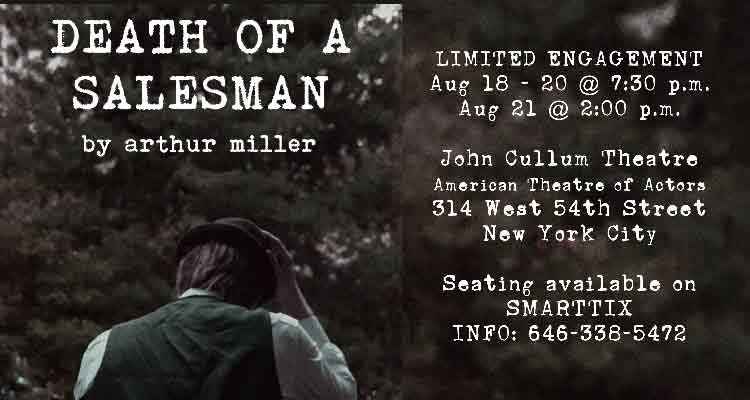 presents a revival of

DEATH OF A SALESMAN

The American dream is dying, but no one told America.
Arthur Miller’s parable of working class American families during times of hardship is as timely today – after the second great depression in 2008 as it was when it first appeared on Broadway in 1949.

With more and more young people attaining higher degrees but unable to find comparable employment after graduation, the message of Death of a Salesman still hits as a powerful cord. Reminiscent of Dustin Hoffman’s 1985 teleplay, this production is re-imagined with young actors portraying the iconic Loman Family including traveling salesman, Willy Loman, takes his family – and the audience – on a surreal journey filled with flashbacks from his crumbling mind.

We witness the painful end of his career … and of a nationwide ideal.

Ernest Barzaga has created a platform where young artists can use this masterpiece as a way to express their own angst at a world that has deceived them. This play written by legendary dramatist, Arthur Miller, is rarely done. This is a prime opportunity to share in its message.

A portion of all ticket sales will be donated to a group of charities dedicated to mental illness.