BRIMMING ON THE EDGE EXHIBITION May 2-16, 2013 at the Andrew Freedman

BRIMMING ON THE EDGE EXHIBITION

at the Andrew Freedman 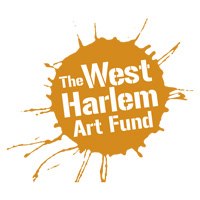 Brimming on the Edge is a group exhibition that marries the disciplines of art, design and technology. Produced by The West Harlem Art Fund in partnership with the Andrew Freedman House, Brimming on the Edge coincides with NYCxDesign, the Frieze Art Fair located nearby on Randall’s Island and Bronx Week 2013. There is a budding movement revolutionizing the Western world. The public is demanding more customized experiences that reflect their personal lifestyle and appreciations. It’s easy to purchase a picture frame or a wine rack from a large retailer that’s inexpensive and perhaps made elsewhere, but now the public wants a unique work that’s made in the United States that they can show off in their home or keep as an heirloom. We want to show the public new artistic possibilities in a number of combinations. Brimming on the Edge is curated by Savona Bailey-McClain, Executive Director, The West Harlem Art Fund, Lisa Banner and Linda Griggs, Independent Curators.

ABOUT THE ORGANIZATIONS
The West Harlem Art Fund is uniquely positioned to offer this experience. A fifteen year old public arts organization, the Fund has produced numerous exhibitions and special events with artists and creative professionals wishing to share their talent with residents around the city. Public Art for the West Harlem Art Fund has included traditional exhibitions, digital installations, storefront windows and live performances. The Fund encourages audiences to not only think outside of the box, but to live outside the box. Our heritage symbol is the double crocodile from West Africa — Funtunmmireku-Denkyemmirreku which means “unity in diversity”.

Mid-Bronx Senior Citizens Council (MBSCC), one of the leading non-profit, community development organizations in the Bronx is the owner and operator of The Andrew Freedman, where the art exhibition is being held. Besides being a hotbed of artistic expression in the Bronx, The Freedman House has a Family Preservation Center, which provides a vast array of programs, resources and referrals that strengthen and enhance the lives of families in the community. The block long mansion is also home to a beautiful, 1920’s themed bed and breakfast now open to the public. The Andrew Freedman is quickly expanding into a new and exciting destination for art, culture, education and hospitality

SAVONA BAILEY-MCCLAIN currently lives and works in New York City. She is an independent curator, producer and preservation advocate. The range of her practice has included sculpture, drawings, performance, sound and mixed media. Ms. McClain is the Executive Director and Chief Curator for The West Harlem Art Fund, Inc., a fifteen year old public art organization and curatorial collective serving neighborhoods around the City. Her public art installations have been seen in The New York Times, Art Daily, Artnet Magazine, The Los Angeles Times, DNAinfo, among many others. She strives for a soulful, meaningful connection between the public and the arts. It simply has to be approachable as far as she is concerned. Ms. McClain has installed at Times Square, DUMBO, Soho, NoLita, Williamsburg, Governors Island, Queens, Greater Harlem (East, Central and West), Chelsea this past fall and now, the Bronx. She has a liberal arts degree from the University of Pittsburgh.
LINDA GRIGGS has exhibited work at the Hampden Gallery, University of Massachusetts, Vox Populi/American Fine Arts, 80 Washington Square East Galleries, the Wustum Museum, Carolyn J. Roy Gallery, the Leubsdorf Gallery – Hunter College, Cuchifritos, the NY Public Library, Office of the Manhattan Borough President, Albany International Airport Gallery, the Matzo Files, Bullet Space, Gahlberg Gallery – College of Du Page and at galleries in PA, TN, OH, VA, CT and NM. Her 1994 Solo Exhibition at Carolyn J. Roy Gallery was reviewed favorably in Cover Magazine by Jeanne C. Wilkinson and listed in the New York Times; Catalog, Therese Lichtenstein. She has been awarded fellowships at the MacDowell and Millay Colonies for the Arts, the AAI Rotating Studio Program and grants from Change, Inc. and the Lower Manhattan Cultural Council. Ms. Griggs has an MFA from Hunter College and a BFA from Virginia Commonwealth University.
LISA BANNER worked in publishing and the contemporary art world in California before completing her Ph.D. at the Institute of Fine Arts, NYU. After serving as Samuel H. Kress Curatorial Fellow at the Hispanic Society of America, she was a resident fellow at the National Gallery of Canada. She currently teaches at SUNY Purchase. Ms. Banner has published about old masters and contemporary art and also works as an independent curator. Representative exhibitions include “The Spanish Manner: Drawings from Ribera to Goya,” at the Frick Collection; “Light Matter” examining light, energy and physics, and “Vital Signs” probing questions of identity with photography, video and installations.