CROWNING OF NYC’s KING AND QUEEN OF ARMS SET FOR APRIL 27th. 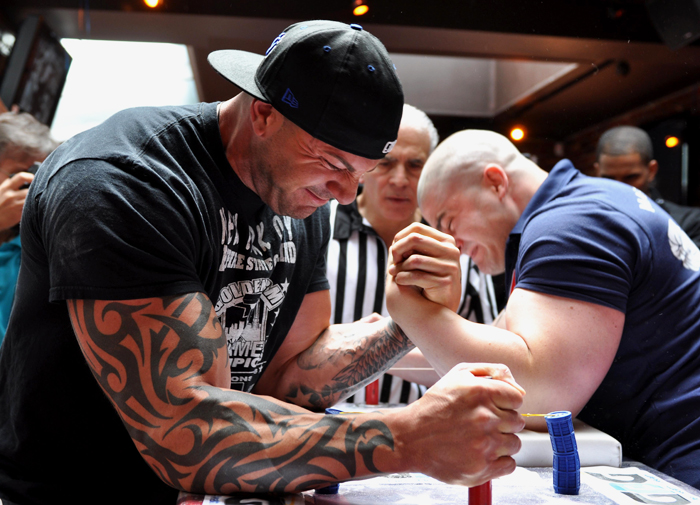 First, second and third place finishers receive 4-level custom engraved gold, silver and bronze, medallions and the day’s overall strongest male and female will be crowned NYC’s King and Queen of Arms. Teams will also compete, grouped by Borough, State, and Country, with a point tally to determine the winning team.

It is expected that 100 athletes will participate in this event, including competition from far away as Turkey, Brazil, Russia and Hungary. Among those expected to take part are the defending 2012 Empire State and NYC Big Apple Grapple International Champions.

“The event will draw both ‘hard-nosed pros’ and first time beginners to compete in their respective weight class categories,” said Gene Camp, founder and president of the NYAWA. Camp continued, “We expect a daylong cheering, captive audience and a contest of awesome feats of brute strength, exhausting endurance and explosive raw energy.”

The New York Arm Wrestling Association is also seeking sponsor-partners for this and other events in each of the five NYC Boroughs and Long Island.