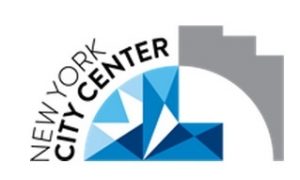 New York, NY, April 6, 2015 – John Turturro will star in the title role of Zorba, joined by Adam Chanler-Berat, Santino Fontana, Marin Mazzie and Zoë Wanamaker in Zorba!, running for seven performances, May 6 – 10, 2015.  Zorba! will be directed by Walter Bobbie and choreographed by Josh Rhodes, with musical direction by Rob Berman. Zorba! is the final production of New York City Center’s 2015 Encores! season.

Zorba! is Joseph Stein, John Kander and Fred Ebb’s galvanic re-imagining of Nikos Kazantzakis’s best-selling tale of  Zorba (John Turturro), a  larger than life Greek jack-of-all-trades who “lives every day as if it will be his last” and his friendship with Nikos (Santino Fontana), a young American student. Life becomes complicated when the men become involved with two women: Zorba with the aging innkeeper Madame Hortense (Zoë Wanamaker) and Nikos with a beautiful widow.  Commenting on the story is a Greek chorus-like group, led by The Leader (Marin Mazzie), who begins the play by explaining exactly what “Life Is.”

Zorba! has a book by Joseph Stein, music by John Kander and lyrics by Fred Ebb.  It was adapted from Zorba the Greek by Nikos Kazantzakis. The original production starred Herschel Bernardi and Maria Karnilova and was directed by Harold Prince. It opened at the Imperial Theater on November 16, 1968 and ran for 305 performances. Songs include “Life Is” and “Only Love.”

New York City Center gratefully acknowledges the Encores! Season Sponsors, Stacey and Eric Mindich, Nathalie and Pablo Salame, The Shubert Foundation, and the Stephanie and Fred Shuman Fund for Encores!.  Support for Zorba! is provided by Chobani and Roz and Jerry Meyer.

Adam Chanler-Berat (Mimiko) recently finished the Public Theatre’s run of The Fortress of Solitude where he played the lead role of Dylan. Adam created the role of Boy in Peter and the Starcatcher’s Off-Broadway and Broadway productions. He also created the role of Henry in the Off-Broadway production of Next to Normal and continued with the show through its Broadway run.   Adam’s additional Off-Broadway credits include the revival of Rent, My Favorite Year, and Fly By Night.  Adam stars in the web-series It Could Be Worse; recent TV credits include “Elementary,” “Veep” and “The Good Wife,” as well as a role in the CBS pilot “Doubt.”

Santino Fontana (Nico) most recently starred on Broadway as Moss Hart in Act One.  His other Broadway credits include The Prince in Rodgers and Hammerstein’s Cinderella (Tony nomination), The Importance of Being Earnest (Clarence Derwent Award), Brighton Beach Memoirs (Drama Desk Award), Sunday in the Park with George and Billy Elliot.  Off-Broadway he received Lortel and Obie awards for his work in Sons of the Prophet.  Soon he can be seen with Tina Fey and Amy Poehler in the film Sisters and on television in “Shades of Blue,” directed by Barry Levinson. Mr. Fontana also provided the voice of Prince Hans in the hit movie Frozen.

Marin Mazzie (The Leader)’s many Broadway and West End credits include leading roles in Bullets Over Broadway, Next to Normal, Kiss Me Kate (Tony and Drama Desk Award nominations), Enron, Monty Python’s Spamalot, Ragtime (Tony, Drama Desk and Outer Critic’s Circle Award nominations), Passion (Tony Award nomination), Man of La Mancha, Into the Woods and Big River. Marin’s Off-Broadway credits include the revival of the musical Carrie. Her extensive concert career spans the country from Carnegie Hall to the Hollywood Bowl. She has been seen with the NY Philharmonic in two of their more recent PBS specials: “Sondheim: The Birthday Concert” and the Live at Lincoln Center production of Camelot as Guinevere.  Marin starred in the Encores! productions of Kismet and Out of This World.

John Turturro (Zorba) won Obie and Theatre World Awards for his stage debut in John Patrick Shanley’s Danny and the Deep Blue Sea.  His many stage credits include Life x3, Waiting for Godot, The Resistible Rise of Arturo Ui, La Puta Vida, The Bald Soprano, Souls of Naples, Endgame, The Master Builder and The Cherry Orchard. He directed the Broadway production of Relatively Speaking, an evening of one-acts by Ethan Coen, Elaine May and Woody Allen.  John’s many film credits include starring roles in Do the Right Thing, Jungle Fever, The Color of Money, Five Corners, Quiz Show, Miller’s Crossing, The Truce and O Brother Where Art Thou.  He won the Best Actor Award at the Cannes Film Festival for his lead role in the Coen Brothers’ Barton Fink and received the Cannes Camera D’Or Award for Mac, his directorial debut.  Other films as director/writer include Illuminata, Romance & Cigarettes, Passione: a Musical Adventure and Fading Gigolo.

Zoë Wanamaker (Hortense) has performed over a hundred roles in a career spanning over 25 years.  She has appeared on Broadway in Awake and Sing (Tony nomination, Drama Desk winner), and was nominated for both Tony and Drama Desk Awards for her performances in Electra, Loot and Piaf.  Zoë has worked extensively with The National Theatre and the Royal Shakespeare Company, and is a trustee of Shakespeare’s Globe.  She is the recipient of two Olivier awards for Best Actress, and has been nominated a total of nine times. Her films include Harry Potter and the Philosopher’s Stone, and My Week With Marilyn and her many television credits include a leading role in the long-running BBC sitcom “My Family.” In 2000 she was awarded a CBE by the Queen in the New Year Honors list.

Rob Berman (Music Director) is in his eighth season as music director of Encores!, for which he has conducted 20 productions as well as the cast recordings of Merrily We Roll Along, Pipe Dream, and Gentlemen Prefer Blondes. Rob’s Broadway conducting credits include Finian’s Rainbow, Irving Berlin’s White Christmas, The Pajama Game, The Apple Tree, Wonderful Town and Promises, Promises. He won an Emmy Award for his work as music director of the Kennedy Center Honors (CBS), and he won a Helen Hayes Award for his musical direction of the Kennedy Center’s production of Sunday in the Park with George. He has conducted for Barbara Cook with the Los Angeles Philharmonic, and was music director for the PBS presentation of A Broadway Celebration: In Performance at the White House. Other credits include Passion at Classic Stage Company. Most recently, Rob music directed the world premiere of Steve Martin and Edie Brickell’s musical Bright Star at the Old Globe Theatre in San Diego and the world premiere of Tuck Everlasting at the Alliance Theatre in Atlanta.

Walter Bobbie (Director) directed the inaugural Encores! concert in 1994 and has since served in the varying capacities as artistic director, director, adaptor, and actor. His most recent Broadway production was Venus In Fur and he is currently working on the Steve Martin/Edie Brickell’s musical Bright Star for next season. His production of Chicago began at Encores! and is now the longest-running American musical in Broadway history.  He is the winner of the Tony, Drama Desk, and Outer Critics Circle Awards.

Josh Rhodes (Choreographer)’s Broadway credits include First Date, Rodgers & Hammerstein’s Cinderella (Outer Critic Circle, Astaire Award, and Drama Desk nominations) and It Shoulda Been You.  On the West End he recently choreographed Sweeney Todd starring Emma Thompson. Other stage credits in New York include Company starring Neil Patrick Harris and Sondheim’s 80th Birthday Concert for The New York Philharmonic and PBS. At the Old Globe he choreographed Steve Martin and Edie Brickell’s new musical Bright Star. Josh was a part of the new Working that played at the Old Globe, the Broadway Playhouse in Chicago, and with the Prospect Theater Company in New York (Drama Desk Award-winning production).

New York City Center (Arlene Shuler, President & CEO) has played a defining role in the cultural life of the city since 1943. It was Manhattan’s first performing arts center, dedicated by Mayor Fiorello La Guardia with a mission to make the best in music, theater and dance accessible to all audiences. Today, City Center is home to many distinguished companies, including Alvin Ailey American Dance Theater, City Center’s Principal Dance Company, as well as Manhattan Theatre Club; a roster of renowned national and international visiting artists; and its own critically acclaimed and popular programs. The Tony-honored Encores! musical theater series has been hailed as “one of the very best reasons to be alive in New York.” In summer 2013, City Center launched Encores! Off-Center, a new series featuring landmark musicals filtered through the lens of today’s most innovative artists.

Dance has been integral to the theater’s mission from the start, and dance programs, including the annual Fall for Dance Festival, remain central to City Center’s identity. Vital partnerships with arts organizations including Jazz at Lincoln Center and London’s Sadler’s Wells Theatre enhance City Center’s programmatic offerings. City Center is dedicated to providing educational opportunities to New York City students and teachers with programs such as Encores! In Schools and the Young People’s Dance Series. Special workshops cater to families, seniors and other groups, while events such as the Fall for Dance DanceTalk series offer learning opportunities to the general public. In October 2011, City Center completed an extensive renovation project to revitalize and modernize its historic theater.