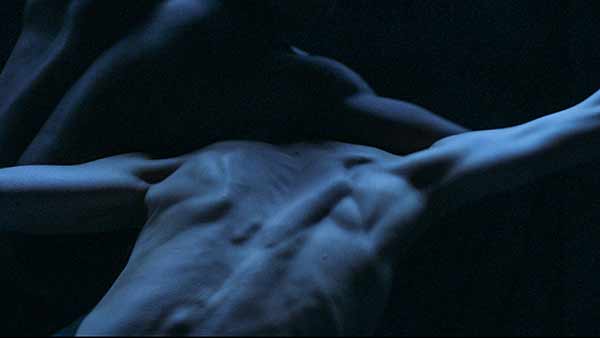 the World Premiere of the dance film

Abanar Dance Company presents the World Premiere of Salt Water on Monday, November 6, 2017 at 8pm at the Leonard Nimoy Thalia at Peter Norton Symphony Space, 2537 Broadway at 95th Street, NYC.  Tickets are $15 and are available at https://www.symphonyspace.org/event/9856/Film/salt-water.

Director/Choreographer Abe Abraham presents the premiere of Salt Water, a dance film set to JT Bullit’s seismographic recordings of the Earth’s vibrations. The piece features more than 20 dancers, including Desmond Richardson, artistic director of Complexions Contemporary Ballet, who has been hailed byThe New York Times as “One of the most majestic dancers to ever tread the Metropolitan Opera Stage.” Megumi Eda, Gabrielle Lamb, Mark Caserta, Daniel White, Caitlin Abraham, Izabela Szylinska, and Jake Warren round out the cast. With cinematography by Frankie DeMarco (All is Lost, Margin Call) and Frank Prinzi (The Blacklist). A conversation with author Tom Santopietro and Q&A will follow the screening.

“Sometimes the sluicing rush is gorgeous. Sometimes it seems inhuman pummel: nowhere to hold and build and no continuing dwelling.” – Peter Campion, excerpt from Salt Water

Director of Photography: Frankie DeMarco (“All is Lost, “Margin Call)

Desmond Richardson, the first Black American Principal dancer of American Ballet Theater, received a Tony Award nomination for his role in the original cast of Fosse on Broadway, was Principal character Tony in the Twyla Tharp Broadway production Movin Out, made his Broadway signing debut in the Burt Bacharach/Hal Davi-Ann Reinking/Scott Ellis Broadway production The Look Of Love, and was a standout in recent the Tony Award winning Broadway production After Midnight. He recently graced the January 2016 cover ofDance Teacher Magazine. With his technical virtuosity and statuesque expressive demeanor he has been hailed by the New York Times as among the great dancers of his time. Lara Hartley poetically described him on theBallet Magazine website as “Moving Sculpture, a body that is art, passing through time and space with power and grace – all parts connected, never stopping but heart stopping in beauty.”Richardson has been a principal member and an invited guest with some of the most prestigious companies domestically and internationally such as The Alvin Ailey American Dance Theater, The Frankfurt Ballet, The Bolshoi Theater, The Royal Swedish Opera Ballet, Mariinsky Theater, Teatro a La Scala, The Washington Ballet and The San Francisco Ballet and more. Performing on the most important stages in the world such as The Metropolitan Opera, The Kennedy Center, The State (Koch) Theater, Dorothy Chandler Pavilion, Teatro al la Scala, Paris Opera, The Bolshoi Theater, Mariinsky Theater St. Petersburg, Teatro Massimo and Kremlin Stage in Moscow, Russia, among others.

Tom Santopietro is the author of five books: The Sound of Music Story, The Godfather Effect: Changing Hollywood, America, and Me, Sinatra in Hollywood, Considering Doris Day (a New York Times Book Review Editor’s Choice) and The Importance of Being Barbra.  A frequent media commentator in programs ranging from the PBS documentary The Italian Americans to the Jimmy van Heusen biography Swingin’ With Frank & Bing, Tom conducts monthly interviews for Barnes and Noble and lectures on classic films. Over the past thirty years he has managed more than two dozen Broadway shows. Tom’s books have been featured in The New York Times, Publisher’s Weekly, The Atlantic, Library Journal, The Boston Globe, The Miami Herald, The New York Post, and numerous newspapers across the country. Tom has made multiple television and radio appearances across the country, in forums ranging from National Public Radio to Inside Edition and Voice of America. He lectures about all five books nationwide, and performs a salute to Frank Sinatra with Carnegie Hall headlining pianist/singer Tony DeSare. Prior to becoming an author, Tom worked as a tennis pro and has spent twenty-five years as a manager of over 30 Broadway shows, including Phantom of the Opera, A Few Good Men, Jersey Boys, and Master Class.

Founded by Abe Abraham, Abanar is a dance company formed for the purpose of expanding perceptions of movement through film. Inspired by what the camera can both hide and reveal, Abanar’s films expose a world of details that would go unnoticed in a live dance performance.  Film techniques such as showing multiple perspectives, moving forward and backward in time, isolating body parts, and framing space sets the groundwork for new ways of creating and perceiving movement.  For Abanar, film becomes a partner in the creation of dance from the outset:  a process designed to discover how these two media can challenge each other to create a novel vision.http://www.abanar.org/