With live music by

At Theater for the New City 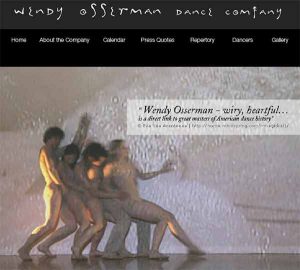 SKIP LA PLANTE (Musical Director/composer/musician) has composed for over 100 modern dance and theater presentations including collaborating with Joseph Chaikin and Sam Shepard on Tongues/Savage Love. In 1975 he co-founded Music For Homemade Instruments, an ensemble dedicated to creating and composing for new and unusual instruments, often from trash and other found objects. One of NYC’s leading microtonalists, he has built instruments and composed for alternative tuning systems, such as Harry Partch’s 43 pitch per octave tuning. With the ensemble, Bash The Trash, La Plante has shown hundreds of thousands of students how and why musical instruments sound as they do. He has explored both non-western music (he lived in Java in 1989 & 90 studying musical performance and gamelan building) and music in the European tradition (Milton Babbitt was his thesis advisor in college). La Plante spends considerable time backpacking and has mined that experience for compositional ideas, while also eating as many raspberries as possible.

Wendy Osserman has been performing and choreographing since the early 1960s. Her work reflects the inner worlds of the dancers and herself as well as the larger world. She has always taken the politically personally with humor that is the flip side of anxiety, and remains curious about how subjects such as trilobytes, neuroscience, and 3D printing can translate into movement.

She formed Wendy Osserman Dance Company in 1976 after appearing as a soloist with Kei Takei, Frances Alenikoff and Valerie Bettis. For four decades, the company has toured and performed in New York City in varied venues including the Delacorte Theater with the New York Dance Festival in 1979, Symphony Space, Dance Theater Workshop, Danspace at St. Mark’s Church, Joyce Soho and Theater for the New City.  Her many works include thirteen evening-length pieces, over fifteen  commissioned works and two dance festivals produced on the island of Paros, Greece. Osserman was featured in Dancing Divas at La MaMa and in Women in Dance at 92Y: History in the Making Anniversary Special.

Quick Time, a world premiere choreographed by Wendy Osserman in collaboration with the company, has live music performed by Skip La Plante and jazz musician Henry Mann. Influenced by the task-oriented work Osserman experienced in the 70’s, she has devised scores with contradictory directions, challenging her dancers to move beyond the familiar.

Udjat, choreographed by Osserman in 1985, takes its name from the Egyptian hieroglyph of the sacred eye, a symbol of completeness, of things made more precious having been restored.  Attitude Magazine called it “powerful and compelling.”

Wendy Osserman Dance Company (WODC) has toured nationally and internationally. The company’s mission is to collaborate with artists in all media on the creation of performances and workshops with and for all ages. It seeks to develop new vocabularies and to utilize alternative spaces for performance. WODC has collaborated with celebrated Czech singer, musician and composer Iva Bittova; composer/musician Skip La Plante; Jordan McLean, Victor Lewis, and David Simons, among many others and visual artists including Sanya Kantarovsky, Annie Sailer, Sarah Olson, Ken Laser and Charles Hinman. Site specific work has been commissioned by The Chelsea Art Museum 2006-‘11, Friends of the Hudson River Park and Community Environmental Center, Solar One. The company has been presented throughout NYC by the Vision Festival at Symphony Space, the 92nd Street Y, Dixon Place, Theatre Within at the Beacon Theater for 10th Anniversary of John Lennon Tribute, Luminatra at Baryshnikov Art Center, Joyce Soho, Dancenow/NYC/DancemOpolitan at Joe’s Pub, and Dancenow/NYC/TheFestival.

Theater for the New City Theater (TNC), under the leadership of co-founder and Artistic Director Crystal Field since its founding in 1971, has produced over 800 new plays which have garnered a Pulitzer Prize and over 43 OBIE Awards for excellence in every theatrical discipline. TNC has also nurtured the talents of Sam Shepard, Maria Irene Fornés, Romulus Linney, Richard Foreman, Lee Breuer, Miguel Piñero, Charles Busch, Moises Kaufman, Vin Diesel, Adrien Brody, Eduardo Machado, Jean-Claude van Itallie and Tim Robbins. TNC seeks to develop theater audiences and inspire future theater artists from the often-overlooked low-income minority communities of New York City by producing minority writers from around the world and by bringing the community into theater and theater into the community through its many free Festivals. http://www.theaterforthenewcity.net/ .