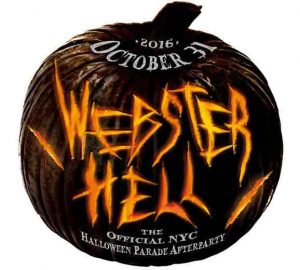 Not your father’s “Monster Mash,” Webster Hell takes the costume party to heart-pounding intensity. Built in 1886, New York’s Webster Hall was nicknamed the “Devil’s Playhouse” for its raucous nights. Today, Webster Hall is one of the top clubs in the world, so of course its annual Halloween bash would be the sexiest, scariest one in town. All four massive floors of the venue will transform into a vision out of Dante’s Inferno for this official afterparty to the NYC Halloween parade. Full of spooky spectacles, this party will also feature a costume contest with a $5,000 cash prize and a ceremonial sacrificing of a virgin.