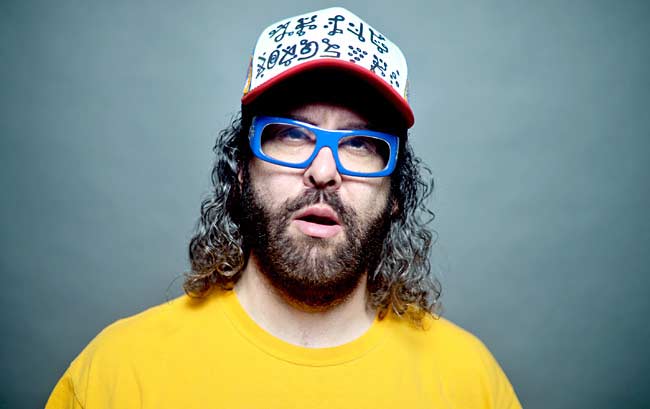 A Neo-Retro Night Of Comedy…And A Little Music

From New York-based twin brothers Max and Nicky Weinbach comes a monthly neo-retro night of stand-up comedy and music. Max & Nicky will have you falling in love with their humorous banter and charming musical styling’s through the dynamic mélange of their dovelike old-fashiondness and quirky, absurd idiosyncrasies. With a greater focus on stand-up comedy, this vintage style variety show will feature the additional talents of four hilarious stand-up comics.

Vintage Basement with Max & Nicky plays every 3rd Monday of every month at UNDER St. Marks (94 St. Marks Place between 1st Avenue and Avenue A). Tickets ($7 in advance; $10 at the door) are available in advance at www.horseTRADE.info.

After staging two very triumphant original musicals in 2013 (Nicky’s Made in China and Max’s A Match Made in Hell) and six variety shows for the ages from 2014 to 2016, the twins are at it again with their monthly comedy and music blowout. Featuring absurd and alternative comedy, original songs, and heartfelt covers, Vintage Basement with Max & Nicky promises to deliver an intriguing and captivating night of entertainment. The Daily Californian describes the Max & Nicky experience as a “passionate, charming, and authentic evening” and adds, “Twins Max and Nicky were born for this.” Past guests include T.J. Miller, Aparna Nancherla, Jo Firestone, and more. http://maxandnicky.com/vintage-basement/

Learn From Me Comedy is a San Francisco-based comedy booking/production company run by Jeff Zamaria from the offices of Doc’s Lab, also known as the “former Purple Onion” where legends like Richard Pryor and Bob Newhart have performed. Past guests include Margaret Cho, Todd Glass, Iliza Shlesinger, Judah Friedlander, and many more.