at The Ailey Citigroup Theater 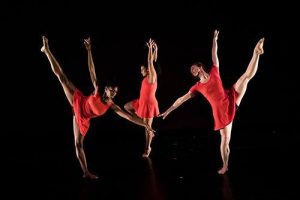 New York, NY, April 21, 2015 – The Victory Dance Project will celebrate its first anniversary with an evening of dance entitled People, Power and Possibility on Wednesday, June 3, 2015 at 7 pm at The Ailey Citigroup Theater, 405 West 55th Street (at 9th Avenue).  The performance will feature five works choreographed by Company Director Amy Jordan, including Big Fun, and the premiere of an excerpt from Thru the Looking Glass and Human Revolution, a contemporary ballet in five sections. The evening will honor former Ailey star Principal Dancer Renee Robinson, a renowned dance artist who will receive the company’s First Annual Artist for Peace Award.

Renee Robinson was an Ailvin Ailey dancer for over three decades and was the last remaining company member selected by founder Alvin Ailey. A former student of The Ailey School and member of Ailey II, Robinson was beloved for both her radiant performances and for her mentorship and generosity in sharing the Ailey legacy with generations of performers.  Ms. Robinson received the prestigious 2012 Dance Magazine Award, honoring great artists who have made major contributions to the field.

Amy Jordan’s training and career spans three decades of study and performances in New York, Los Angeles and Miami. She has studied classical ballet, jazz, modern dance and hip-hop with acclaimed choreographers Michael Peters, Michael Rooney, Joe Lanteri and many others. After overcoming many serious health issues and an almost fatal bus accident, Amy founded The Victory Dance Project to celebrate her recovery and to prove that the impossible is possible through the power of movement.

The Victory Dance Project’s June 3 performance is funded, in part, by Stoli Vodka.