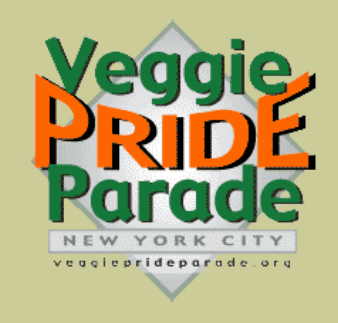 Beginning at the Old Meat Packing District, 9th Ave. & Gansevoort St. intersect and culminating in a fest for all at Union Square Park

Enter the 8th annual NYC Veggie Pride Parade, which will take place in Greenwich Village/Union Square, on Sunday, March 29, 2015. For vegetarians, the day’s festivities are sure to give their meatless way of living a much needed boost.

Parade participants are encouraged to dress up in costumes and wear sign boards announcing their pride in their vegan lifestyle. Local restaurants, veg groups, and veg everything will be represented with banners and chants. The parade will include animal-rights activists, environmentalists, and people simply concerned with their health. But on March 29, 2015, all will come together with one voice, one expression, of veggie pride.

The procession will begin at 12 Noon, sharp, in the Old Meat Packing District (where 9th Ave. & Gansevoort St. intersect). It will culminate in a festival for all to enjoy at the north end of Union Square Park. There, revelers of all persuasions will hear well-known vegan speakers and music by vegan artists. They’ll all partake in free vegan food and explore a wide variety of exhibitor presentations. At 2 p.m., a costume contest will take place.