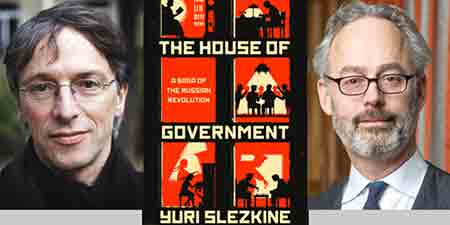 Yuri Slezkine is the Jane K. Sather Professor of History at the University of California, Berkeley. His books include The Jewish Century, which won the National Jewish Book Award, and Arctic Mirrors: Russia and the Small Peoples of the North. His latest book, The House of Government, is unlike any other book about the Russian Revolution and the Soviet experiment. It tells the true story of the residents of an enormous Moscow apartment building where top Communist officials and their families lived before they were destroyed in Stalin’s purges.

The event is free and open to the public but registration is requested.

The Cooper Union’s Great Hall has stood for more than a century as a bastion of free speech and a witness to the flow of American history and ideas. When the Great Hall first opened, it was the largest public gathering space in New York City. Before they were elected, Presidents Lincoln, Grant, Cleveland, Taft, Theodore Roosevelt and Barack Obama all spoke in the Great Hall. Abraham Lincoln gave his famous “Right Makes Might” speech that propelled him to the White House there. Leading thinkers and numerous historical figures have held the stage including Frederick Douglass, Susan B. Anthony, Mark Twain and more. More recently, groups like the UN, PEN America, the Architectural League of New York and more have held events on its stage.