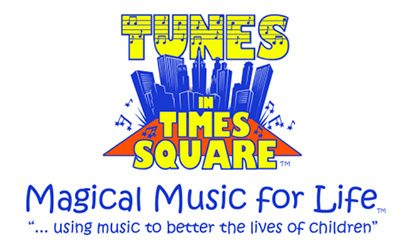 Saving Children from Drowning through the Power of Song

New Canaan, Conn. – Hamilton by Lin Manuel Miranda.  Dear Evan Hansen by Pasek and Paul.  A Day in the Life of a Child by the Magical Musical for Life Foundation.

You’ve probably heard about the first two hit Broadway musicals and their writers, but are you familiar with A Day in the Life of a Child and Magical Music for Life?

You should be.  Magical Music for Life writes catchy original songs and family-based musicals to illuminate critical issues facing children and their families.   A Day in the Life is an album of free downloadable songs to teach life skills to all young children, especially children with autism and special needs.

You can see the New Canaan-based non-profit organization in action at its annual TUNES IN TIMES SQUARE event on Sunday, May 6, 2018 at 10:00 – 6:00 in the Times Square Pedestrian Plaza at 46th Street (NYC).  Broadway and other performers including community children from across the nation will sing songs to raise money for its latest musical project – a free downloadable water safety album to help save the lives of young children.  At the event there will be performers from most of the current Broadway musicals (including the Genie from Aladdin), past Broadway performers, a reunion of the Finding Neverland Boys and Mary Poppins children, dance groups, and the Magical Music singing groups.  The benefit is free to the public, who will also be able to bid online and at the event on exclusive Broadway experiences including backstage tours with performers, signed posters, amazing dining and unusual experiences, and more.

MMLF’s latest musical project is one of its biggest undertakings and the organization is hoping that this year’s fundraiser will help them finish the album, so it can be released for downloads nationwide and worldwide.

Like Hamilton, whose songs are now being used in schools across the country to teach kids about the Federalist papers and our country’s founding fathers, Magical Music for Life is hoping its water safety songs will be as effective worldwide in saving lives.  You can support this effort by coming to TUNES IN TIMES SQUARE or donating at www.magicalmusic.org.