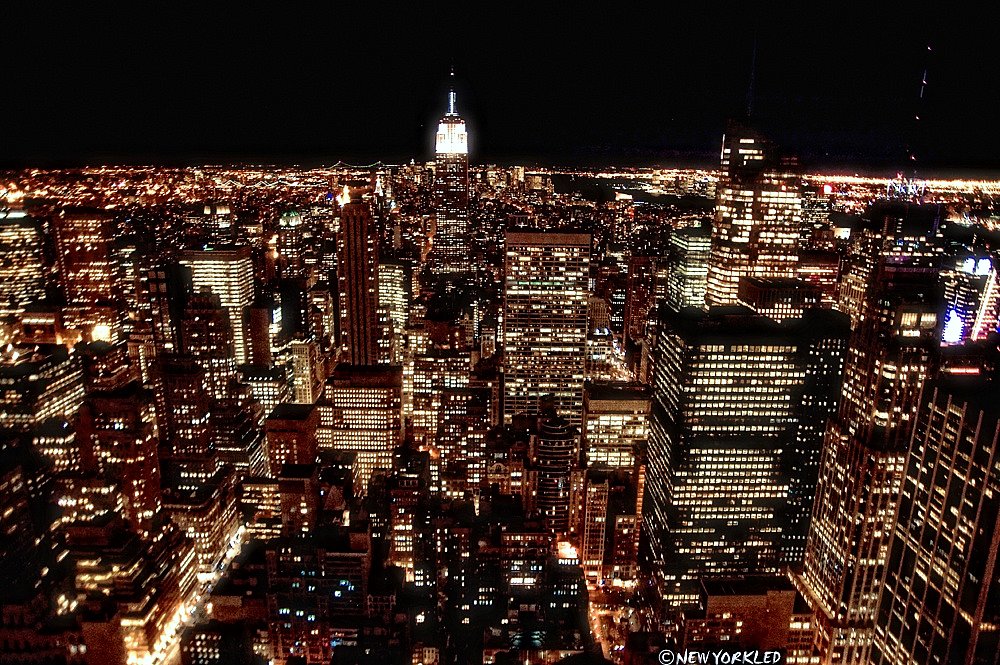 Top Of The Rock® Observation Deck To Kick Off

Joelle And The Pinehurst Trio, Courtney Graf, And Sweet Megg & The Wayfarers Also To Perform In Concert Series

Top of the Rock Observation Deck at Rockefeller Center® will kick off the 2016 Winter Starlight Music Series with a live performance from LA -based 3-piece band, Wild, on Wednesday, February 10th from 7:00 – 9:00pm.

While experiencing the unparalleled, 360-degree panorama views of New York City from the 67th floor observation deck, guests can enjoy a live winter music showcase on February 10th, 14th, 17th & 24th from 7:00 – 9:00pm. Food and beverage will also be available for purchase from The Sea Grill. The Starlight Music Series is free with the price of admission to Top of the Rock. For the musical lineup and to purchase tickets, please visit topoftherocknyc.com or call (212) 698-2000.

The lineup for the 2016 Winter Starlight Music Series is:

WILD is a 3-piece band from Los Angeles made up of Kristina Antuna, Zach DeGaetano, and Tyler Thompson. Drawing musical influences from artists such as Mumford and Sons, Imagine Dragons, and Of Monsters and Men. WILD recently wrote, produced, and recorded a full length album, which was released in September 2015. The group was recently featured on SiriusXM’s Hits 1 “YouTube 15” show, hosted by popular Internet personality, Jenna Marbles. Their latest single, “Back To You”, has amassed almost 500,000 YouTube plays on the MrSuicideSheep channel, and has also garnered features on the Au review and Being Blogged. I Heart Moosiq says the track is an “irresistible charmer” and a “sweeping and soaring anthem”. Alfitude calls it “feel-good indie pop”.

ABOUT JOELLE AND THE PINEHURST TRIO

Joelle and the Pinehurst Trio came together ​in 2009 when the members of this classic quartet all lived on Pinehurst Avenue in Northern Manhattan. They quickly realized that their unique chemistry on and off the bandstand was something to explore further. Now, this versatile ensemble has performed their distinctive brand of “jazzed up pop & popped up jazz” at Lincoln Center, Birdland, Rainbow Room, SubCulture​, Zinc Bar and many other great venues in NYC and beyond​. You can hear​ a selection of their​ American Songbook standards, re-imagined ​80’s pop covers, and a few original tunes on Joelle​ Lurie​’s debut album, Take Me There (iTunes/Bandcamp)​, ​which was ​produced and arranged by their bass player, Benjamin Gallina, and you can hear the group playing live-on-the-air on NPR’s Song Travels with Michael Feinstein. Come be charmed by the artist PopMatters claims, “…gives everything a fresh sound…an airy touch with putting pop grooves beneath old standards. Lurie is onto something here: both accessible and a little different.” For more information, check out www.pinehurstmusic.com and www.joellelurie.com.

Courtney Graf is a singer, songwriter, musician and Wilhelmina fitness model. Her vision is to inspire an empowered life in the hearts of her fans and followers. Graf has been singing, performing, playing piano/guitar and writing since she was 5 years old. New music to be released this year. For daily updates, follow her @grafnow on Instagram or check out courtneygraf.com for more.

ABOUT SWEET MEGG & THE WAYFARERS

Sweet Megg and her wayfaring musicians will transport you, not to the past but to a new world of their own making.  The band is led by the charmingly enigmatic Sweet Megg, who imbues each song with her own concoction of melancholy and euphoria that will delight you, surprise you, and break your heart all at once.  The band seamlessly incorporates elements of Dixieland, Harlem swing, Parisian cabaret, and gut bucket blues into one charming musical performance.  Saxophonist Ryan Weisheit reimagines a world where Sidney Bechet, Lester Young, and Charlie Parker blow side by side.  Together Sweet Megg, Ryan, and all the Wayfarers prove that jazz is alive and well and living in New York.