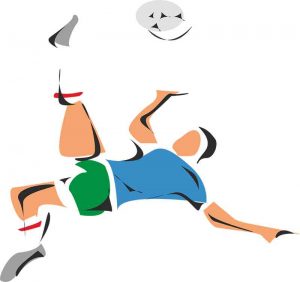 NEW YORK – To celebrate the U.S. Women’s National Soccer Team’s World Cup victory, Mayor de Blasio announced the City will host a ticker tape parade in their honorand present them with the keys to the City on Wednesday, July 10th.

“On and off the field, this team represents what’s best about New York City and our Nation. The confidence, grit, and perseverance of the U.S. Women’s National Soccer Team serve as an inspiration to all who watch them,” said Mayor de Blasio.

“New York is incredibly proud to join the rest of the country in celebrating this exhilarating World Cup Victory,” said First Lady Chirlane McCray. “We applaud the U.S. Women’s National Soccer Team’s athletic prowess, their advocacy in fighting for equal pay, and their use of their international platform to speak out against injustice.”

“We are incredibly excited and honored to celebrate the U.S. Women’s National Team’s World Cup victory with the amazing people of New York City,” said U.S. Soccer President Carlos Cordeiro. “This team is truly special, and so is the level of support that our fans have shown every step of the way along the quest to a fourth star. I’d like to sincerely thank Mayor de Blasio and the City of New York for providing us the opportunity to share this victory with everyone.”

In the final game of the tournament, the USWNT prevailed over the Netherlands 2 to 0. This is the U.S. Women’s National Soccer Team’s fourth World Cup victory, breaking the record they set in 2015 for most Women’s World Cup victories. The United States is the only country to reach the semifinals of all eight FIFA Women’s World Cups that have been held since the inaugural tournament in 1991.

New York City has hosted 206 parades along the Canyon of Heroes since the first one in 1886 celebrating the dedication of the Statue of Liberty. The last ticker tape parade held in New York City honored the U.S. Women’s National Soccer Team’s 2015 World Cup victory. That parade was the first time a women’s athletic team was honored.

A limited number of tickets will be available to the general public to attend a ceremony at City Hall celebrating the U.S. Women’s National Team which will take place on Wednesday, July 10 at 10:30 AM following the parade. Registration will open at 2:00 PM on Monday, July 8 at nyc.gov/USWNT19.

Details about parade access and press logistics will be released on Monday.