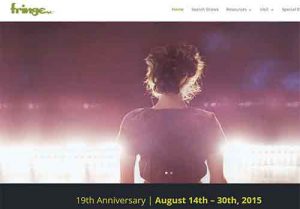 THIS SIDE OF THE IMPOSSIBLE

THIS SIDE OF THE IMPOSSIBLE is a performance of mental mysteries and physical wonders as practiced by mystics and fakirs throughout history and demonstrated by Sebastian Boswell III, who emphatically insists he is not a magician, but possesses his extraordinary powers as a result of a lifetime of travel and study. Each show, which features amazing demonstrations of ESP, clairvoyance, telekinesis and strange physical feats, will entertain, enlighten and leave audiences amazed at the potential of all human beings.

THIS SIDE OF THE IMPOSSIBLE was awarded “Best of the Fringe” at the 2014 San Francisco International Fringe Festival. The show was created over the course of four years, from 2010 through 2014, when Sebastian was performing every Saturday night to sold-out shows at the Hotel Rex in San Francisco.

Who Is Sebastian Boswell III?

“To make the claims I do I am either telling the truth, lying or insane,” says Sebastian. “And I assure you I am not lying.”

Sebastian is widely considered to be one of the most distinctive performers in the field of mentalism and the demonstration of seemingly physical impossibilities. As an international performer, his career spans the distance from the theaters of Helsinki, Finland to the music stages of Norman, Oklahoma, and nearly everywhere in between.

What is clear is that the accumulated knowledge and skill he demonstrates amazes his audiences and often leaves them feeling like they have witnessed the defining moment of their lives.