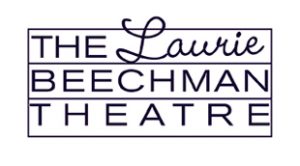 New Musical Revue About the Journey Through Your 30s

NEW YORK, NY, Jan. 17, 2017 — thirtywhatever, a new musical revue filled with songs about what happens between the time you say goodbye to 29 and hello to 40, will be presented at the Laurie Beechman Theatre from January 29 — February 20, 2017.

The heartwarming  thirtywhatever is a rollercoaster ride through the highs and the lows, the heartbreaks and triumphs that take us from the wide-eyed dreams of our twenties to the confident mature adults we all want to be. “Patrick Dwyer is a gifted songwriter. You will find Mr. Dwyer’s joy infectious, his energy radiant, and his hope for the future awe-inspiring” — Theater Pizzazz

The Laurie Beechman Theatre is located at 407 West 42nd Street (located within the West Bank Café).

To request press tickets or to schedule an interview with composer Patrick Dwyer, contact John Capo at (212) 729-7697 or [email protected]