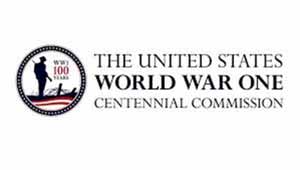 Special Parade, Colors and Horses will be presented

The World War 1 Centennial Commission will host “Camp Doughboy” this weekend September 16-17th from 10:00 AM- 5:00 PM at Governor’s Island.

In honor of the centennial of U.S entry into World War 1, the weekend will feature activities, ceremonies, and living historical demonstrations with dozens of re-enactors, both men and women, in vintage uniforms. In addition there will be retro Army vehicles, ambulances, equipment displays, a tent encampment, author talks, and demonstrations. General John J. Pershing and the Ebony Doughboys re-enactors who represent the famous Harlem Hellfighters regiment will be in attendance as well.

Events are held in conjunction with the National Park Service in Castle Williams and the Parade Ground. Talks and lectures inside Pershing Hall.

Governors Island Ferry service runs every hour from Manhattan beginning at 10 and 11 from Brooklyn.