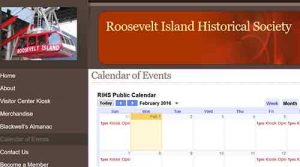 THE  STORIES  OF  THE  SUITCASES:

(Roosevelt Island, NY, January, 2016) – When Willard Psychiatric Center closed in 1995, an employee discovered a large collection of suitcases in storage in an attic. Many of these pieces of luggage contained the personal belongings of former patients. John Crispin has photographed the suitcases and their contents; his images offer a window into the lives and personal stories of patients admitted between 1910 and 1960. He will share the photos in a lecture at the New York Public Library Branch on Roosevelt Island, on Tuesday, February 9, 2016 at 6:30 p.m.

Crispin has become fascinated by the more than 400 suitcases, seemingly frozen in time. The fact that the cases remained in storage, long after their owners were deceased, speaks to the close relationships between patients and staff and between members of the staff themselves, many of whom lived in the small town of Willard, some 45 miles northwest of Ithaca, where the asylum was the largest employer .

Learn about the suitcase project and view the stirring photographs in Crispin’s lecture, sponsored by the Roosevelt Island Historical Society, and supported by Amalgamated Bank.

The event is FREE and open to the public. It is the second in a series of spring lectures sponsored by the Roosevelt Island Historical Society.

The Roosevelt Island Historical Society promotes awareness of our Island’s unique story and pursues preservation of its landmarks and artifacts. For more information, please visit www.rihs.us.