The American Sephardi Federation Presents The 20th Anniversary Edition Of 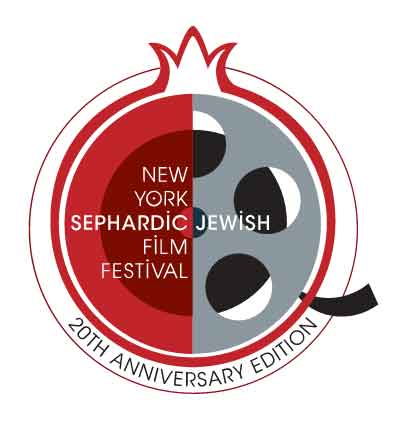 EXPERIENCE HISTORY AND TRAVEL THROUGH TIME FROM BAGHDAD TO GREECE, ETHIOPIA TO SWITZERLAND, AND ISRAEL TO IRAN,

The Festival features a different themed program each day. Select nights are dedicated to the Moroccan, Iraqi, Greek, and Yemenite Jewish communities.

For the first time at the Festival, the untold stories of how Sephardic Jews from Algeria, Tunisia, and Greece suffered during the Holocaust are shared during a full day of films, “Sephardim in the Shoah” (Sunday, April 2). “From Ethiopia to Israel” (Tuesday, April 4) explores the challenges of emigration.

“An Evening of Empowering Sephardi Women” (Monday, April 3) showcases three films that explore women’s experiences and highlight differences in gender relations and expectations between Ashkenazi and Sephardi communities. ASF’s Young Leadership Board is hosting “Love, Sephardi Style” (Tuesday, April 4) an evening of short films that explore modern romance and relationships from several Sephardi perspectives, including Israeli and Persian. An interactive discussion will follow with an award-winning Jewish Iranian-American filmmaker.

“For this important NYSJFF 20th Anniversary Edition, we are proud to present poignant and powerful programs that speak to the issues of our time and all time,” said Sara Nodjoumi, Artistic Director of the New York Sephardic Jewish Film Festival. “There are stories of immigration, persecution, and resistance. Perspectives on everything from the making of the modern Middle East to the modern experiences of finding romance in traditional Sephardi communities. The number of quality films this year is a sign of vitality and the increasing interest in the varied experiences of Sephardim,” Nodjoumi said.

NYSJFF Artistic Director Sara Nodjoumi produced The Iran Job and is a programming alumna of the Tribeca Film Festival. “Sara has scoured the globe for movies of Sephardi interest and the results are the strongest film line-up in the NYSJFF’s storied history,” said Jason Guberman-P., ASF’s Executive Director.

Joining her as the NYSJFF’s Producer is French opera singer, David Serero. Serero previously created and starred in ASF’s successful theatrical season (Merchant of Venice, Othello, and Nabucco). Most recently he performed at ASF for the President of Portugal. “We are elated that David is applying his many talents to make this NYSJFF the most memorable yet,” said Guberman.