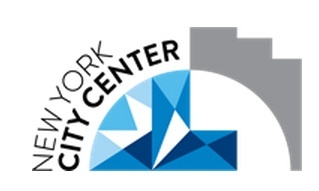 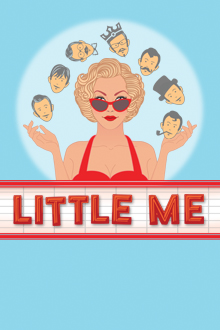 Little Me, Neil Simon’s first musical, is the story of the glamorous Belle Poitrine, a self-invented celebrity who has spent her life in pursuit of wealth, culture and social position. Her seven oddball lovers are played by one actor: seven plum roles, from an innocent college boy to an octogenarian lecher to the dying king of a tiny European country that doesn’t seem to exist. The Encores! production will star Christian Borle as Belle’s seven lovers.

Based on the novel Little Me: The Intimate Memoirs of that Great Star of Stage, Screen and Television/Belle Poitrine, by Patrick Dennis, Little Me has a book by Neil Simon, music by Cy Coleman and lyrics by Carolyn Leigh.  The original production starred Sid Caesar as Belle’s seven love interests. It opened at the Lunt-Fontanne Theatre on November 17, 1962 and ran for 257 performances.  Songs include “I’ve Got Your Number,” “Real Live Girl” and “The Other Side of the Tracks.”

Christian Borle (multiple parts) won a Tony Award for his role in Peter and The Starcatcher and was nominated for Legally Blonde.  His other Broadway credits include Mary Poppins, Thoroughly Modern Millie, Monty Python’s Spamalot and Footloose. Borle has starred Off-Broadway in the Signature Theatre Company’s revival of Angels in America and Elegies: A Song Cycle by William Finn at Lincoln Center. He most recently starred in NBC’s musical drama “Smash” as composer Tom Levitt. Borle starred in the Encores! production of On The Town. He will be seen in Michael Mann’s s upcoming cyber crime movie.

Tony Yazbeck (George Musgrove ) has appeared on Broadway in Chicago, Irving Berlin’s White Christmas, A Chorus Line, Oklahoma!, Never Gonna Dance and Gypsy with both Tyne Daly and Patti LuPone.  His many Encores! credits include On the Town, Gypsy, The Apple Tree, A Tree Grows in Brooklyn and Pardon My English.  He will soon be seen in Barry Manilow’s Harmony at the Alliance and Ahmanson Theatres.

John Rando (Director) recently directed the staged performance of Rodgers and Hammerstein’s Carousel at the New York Philharmonic.  Rando’s Broadway credits include A Christmas Story, The Wedding Singer, Urinetown (Tony Award for Best Director), A Thousand Clowns and Neil Simon’s The Dinner Party. Off-Broadway credits include All in the Timing (revival) and The Toxic Avenger, among many others.  His many Encores! credits include It’s a Bird…It’s a Plane…It’s Superman, Gentlemen Prefer Blondes, On the Town and Damn Yankees.

Joshua Bergasse (Choreographer) is the 2012 Emmy Award-winning choreographer for the NBC drama “Smash.”  He recently choreographed Warner Brothers’ Secondhand  Lions at the Fifth Avenue Theatre. Choreography credits include the Encores! production of It’s A Bird…It’s A Plane… It’s Superman, The Sound of Music (Carnegie Hall), the off-Broadway productions of Bomb-Itty of Errors, Captain Louie, national/ international tours of Fame-The Musical, West Side Story, On the Town, Guys and Dolls and Carousel. For television, Josh choreographed for Fox’s “So You Think You Can Dance.” Upcoming on Broadway: On the Town and Bull Durham.

The 2014 Encores! season is made possible, in part, by the Stephanie and Fred Shuman Fund for Encores!, Stacey and Eric Mindich, Newman’s Own Foundation, Nathalie and Pablo Salame and The Shubert Foundation.

New York City Center (Arlene Shuler, President & CEO), now in its 70th year, has played a defining role in the cultural life of the city since 1943. It was Manhattan’s first performing arts center, dedicated by Mayor Fiorello La Guardia with a mission to make the best in music, theater and dance accessible to all audiences. Today, City Center is home to many distinguished companies, including Alvin Ailey American Dance Theater, City Center’s Principal Dance Company, as well as Manhattan Theatre Club; a roster of renowned national and international visiting artists; and its own critically acclaimed and popular programs. The Tony-honored Encores! musical theater series has been hailed as “one of the very best reasons to be alive in New York.” This summer City Center launched Encores! Off-Center, a new series featuring seminal Off-Broadway musicals filtered through the lens of today’s most innovative artists. Dance has been integral to the theater’s mission from the start, and dance programs, including the annual Fall for Dance Festival, remain central to City Center’s identity. Vital partnerships with arts organizations including Jazz at Lincoln Center and London’s Sadler’s Wells Theatre enhance City Center’s programmatic offerings. City Center is dedicated to providing educational opportunities to New York City students and teachers with programs such as Encores! In Schools and the Young People’s Dance Series. Special workshops cater to families, seniors and other groups, while events such as the Fall for Dance DanceTalk series offer learning opportunities to the general public. In October 2011, City Center completed an extensive renovation project to revitalize and modernize its historic theater.

Encores! subscriptions can be purchased online starting August 5, 2013 and at the New York City Center Box Office on September 3 (West 55th Street between 6th and 7th Avenues), through CityTix® at 212-581-1212, or online at www.NYCityCenter.org.