The Musicians of Lenox Hill to Perform 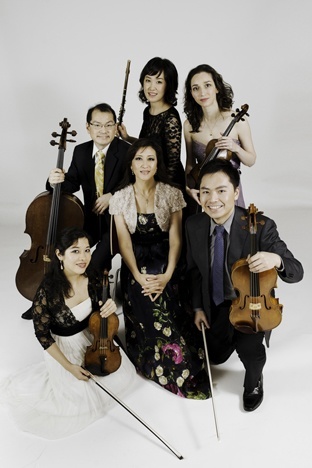 April 5, 2015, New York, NY – On Tuesday, April 28 at 8 PM, the Musicians of Lenox Hill, under the artistic direction of Soo-Kyung Park, will perform a concert of chamber music entitled Spring Awakening: Music of Reflection, Renewal and Romance at Temple Israel of the City of New York, 112 East 75th Street,  between Lexington and Park Ave, New York City.  The program features Andre Previn’s  Peaches for Flute and Piano, Robert Aldridge’s Three Walzes for solo piano, and Divertimento in E for Flute and String Quartet by Russian composer, Andrey Rubtsov,  a rising star whose works have been performed in over 60 countries.     The program opens with Alessandro Rolla’s Little Duo for Violin and Viola, Op. 13, No. 3 and closes with  Robert Schumann’s Piano Quintet in Eb Major. Op. 44. Admission is free, but donations to benefit future concerts by the Musicians of Lenox Hill at Temple Israel are gratefully accepted at the door.  The suggested donation is $25.