THE MET: LIVE IN HD PRESENTS

IN A PRODUCTION BY DEBORAH WARNER 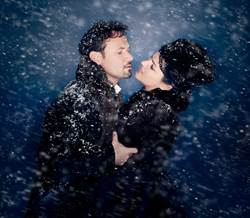 New York, NY (September 11, 2013) – The Met: Live in HD series returns to the big screen for the eight consecutive season on October 5 at 12:55 pm ET with Tchaikovsky’s Eugene Onegin. Anna Netrebko and Mariusz Kwiecien star as the lovestruck Tatiana and the imperious Onegin in Tchaikovsky’s fateful romance. Deborah Warner’s new production, conducted by Valery Gergiev, and directed by Fiona Shaw in her Met debut, is set in the late 19th century and moves episodically from farmhouse to ballroom, with a powerful snowstorm providing the dramatic setting for the finale. An encore presentation will be in select movie theaters on October 9th at 6:30pm.

This season, The Met: Live in HD series will reach an audience of approximately 3 million people across 1,900 theaters in 64 countries, and offers subtitles in nine languages, including Swedish for the first time. The 2013-2014 HD season kicks off on Saturday, October 5 and continues with 9 other live transmissions throughout the remainder of the season. For complete information on locations and tickets, visit www.metopera.org/hdlive.