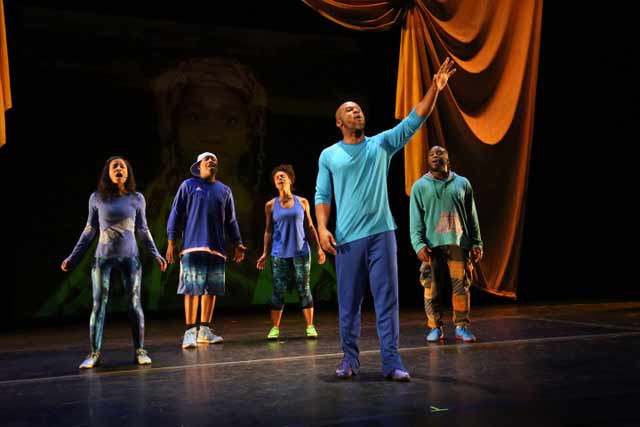 Works & Process at the Guggenheim presents The Living Word Project: /peh-LO-tah/ by Marc Bamuthi Joseph on Sunday, October 1, 2017 at 7:30 pm

In conjunction with Joseph’s project moving and passing, part of the Guggenheim Social Practice initiative, highlights from /peh-LO-tah/ will be performed prior to opening at the Brooklyn Academy of Music. Directed by Michael John Garcés, choreographed by Stacey Printz, and with music by Tommy Shepard, the work is a “futbol-framed freedom suite” inspired by Joseph’s first-generation American experience, and it explores the intersection of global economics, cross border fan culture, and the politics of joy. Marc Bamuthi Joseph will discuss the work with moderator Calen Carr.

A new initiative committed to exploring the ways in which artists can initiate projects that engage community participants, together with the museum, to foster new forms of public engagement. As part of the initiative, the museum has commissioned two separate artist projects, one by Marc Bamuthi Joseph and one by Jon Rubin and Lenka Clayton, which were developed and presented in New York City in 2016 and 2017, respectively.