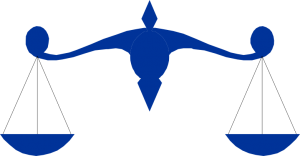 Congressman Hakeem Jeffries will speak about innovation in New York and his work in Washington developing policies to further innovation nationally. Congressman Jeffries represents New York’s Eighth Congressional District in the United States House of Representatives, where he serves on the House Judiciary Committee, including the subcommittees on Courts, Intellectual Property and the Internet and on Regulatory Reform, Commercial and Antitrust Law. Recently, Congressman Jeffries introduced H.R. 5108, formalizing the Patent and Trademark Office’s clinical program for law students; his bill was signed into law by President Obama last December.

Congressman Jeffries also serves on the House Education and the Workforce Committee, including the subcommittees on Higher Education and Workforce Training and on Health, Employment, Labor, and Pensions. In January 2015, Congressman Jeffries was appointed as the whip of the Congressional Black Caucus. He was also appointed by Leader Nancy Pelosi to be a member of the influential Steering and Policy Committee.

Founded in 1891, New York Law School (NYLS) is an independent law school located in the heart of New York City’s legal, government, financial, and emerging tech centers. Known as “New York’s law school,” NYLS embraces the City as its classroom by complementing a rigorous legal education with an innovative and diverse set of “uniquely New York” experiential learning opportunities. Since opening our doors nearly 125 years ago, we have produced graduates who have gone on to hold high elected and appointed office in the City, lead large and small firms, and gain broad recognition as captains of business and industry. Our renowned faculty of prolific scholars has built the School’s strength in such areas as constitutional law, civil and human rights, business and finance law, media and information law, tax law, real estate, and a number of interdisciplinary fields. NYLS has more than 17,000 graduates and currently enrolls approximately 1,000 full-time and part-time students in its J.D. program. The Law School also offers advanced-degree programs in American Business Law and Tax Law. Learn more about New York’s law school at www.nyls.edu.