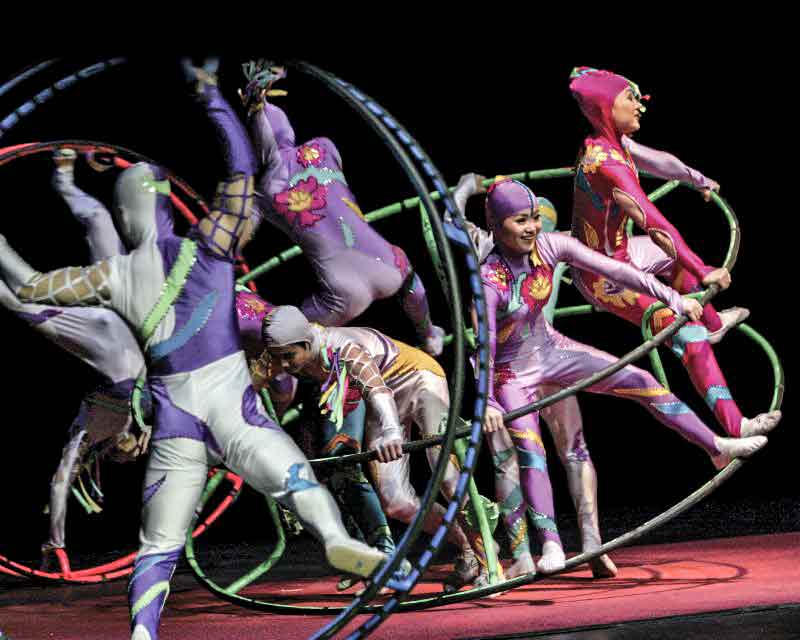 The Golden Dragon Acrobats hail from Cangzhou, Hebei province, in the People’s Republic of China and have toured the United States continuously since 1978. The company’s members are athletes, actors and artists who have studied and trained for their crafts since early childhood. The group averages 200 performances annually and has toured through all 50 states and to over 65 countries across the world. In 2005, their Broadway debut and seven-week run at the New Victory Theater earned two prestigious New York Drama Desk Awards nominations (for Best Choreography and Most Unique Theatrical Experience). The troupe returned to the Broadway venue for the holiday 2014 season, making them the ONLY acrobatic troupe from China chosen to perform twice at this prestigious venue.

The reputation of the company is solidly rooted in a commitment to the highest of production values and an attention to artistic details that is unparalleled in the art form. World renowned impresario Danny Chang and choreographerAngela Chang combine award-winning acrobatics, traditional dance, spectacular costumes, and both ancient and contemporary music and theatrical techniques to present a show of breathtaking skill and spellbinding beauty.

Brooklyn Center for the Performing Arts’ presentation of The Golden Dragon Acrobats is made possible, in part, through the generous support of TD Bank.