After two critically acclaimed runs in 2018 of Wars of the Roses, directors Austin Pendleton and Peter Bloch reunite with actor Matt de Rogatis to take on the American classic, The Glass Menagerie. In this disquieting production, the tormented Tom (de Rogatis) relives the story of his time in the Wingfields St. Louis apartment, circa 1939, as if he were remembering it through the lens of a spooky dream.

The cast, led by Ginger Grace as the iconic Amanda Wingfield, consists of Matt de Rogatis as her son Tom Wingfield, Alexandra Rose as Laura Wingfield, and Spencer Scott as The Gentleman Caller.

Set designer Jessie Bonaventure, who was the assistant set designer on the Broadway musical Hadestown, which garnered four Tony Awards, including Best Scenic Design, collaborates with lighting designer Steven Wolf to create a version of this Tennessee Williams masterpiece that borders on horror.

Dimly lit and surrealistic, the set itself will consist of props made of glass and the actors will live in a chilling, dreamlike world. Taking inspiration from the The Exorcist soundtrack, Sean Haggerty writes the score for this Wes Craven meets Tennessee Williams production. Allison Hohman designs the sound for the Wingfield house of horrors. 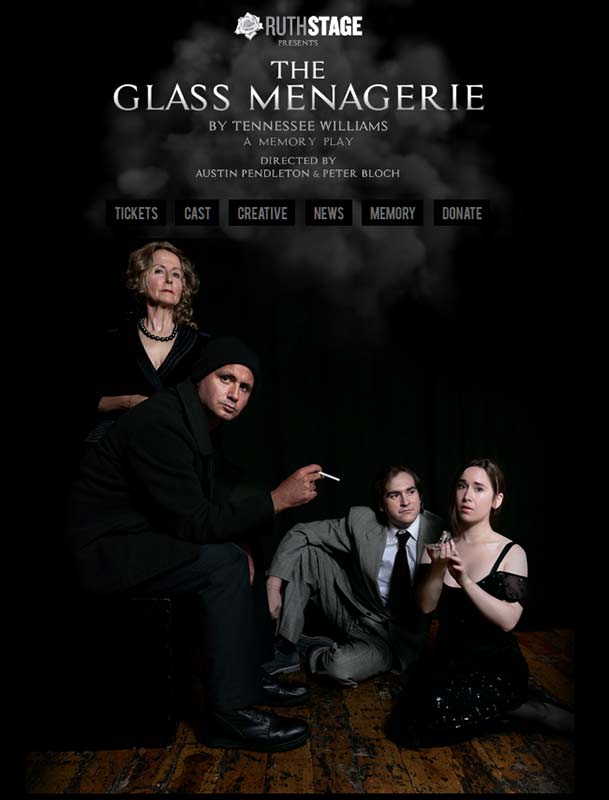