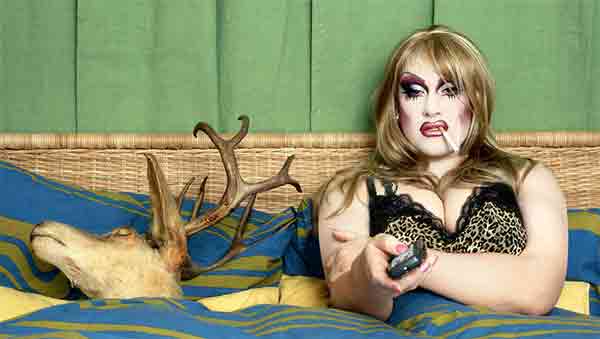 Jackie Beat’s Back With “The Ghost of Christmas Trash”

For 19 tinsel-filled years, drag legend and all-around entertainer Jackie Beat’s been bringing her Scroogerific holiday extravaganza to New York’s Laurie Beechman Theatre. Her first non-denominational spectacular, Jesus Christ, It’s Your Birthday, was followed by How The Bitch Stole Christmas, Jackie Beat On Ice! andDrag Nog, among many more. Now “the self-professed bastard child of ‘Weird’ Al Yankovic and Bette Midler” is back with her latest, The Ghost of Christmas Trash, featuring a few past hits, plus plenty of sparkling new medleys and pine-fresh parodies. Beat’s antics are guaranteed to leave a satisfying smudge on your bright and shiny season.