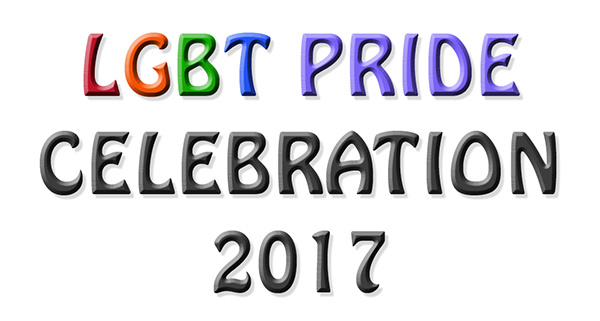 As part of the NYC LGBT Pride Celebrations

New Yorkled’s been to the march in past years as part of the Press and gotta say, the amount of energy to be seen and experienced as emanating from the marchers themselves as well as from the crowds on the sidelines is really something!

“In the social and political turmoil brought by the current Administration, the ACLU, Brooke, Krishna, and Geng represent the components of what will ultimately be a successful resistance movement,” said Julian Sanjivan, NYC Pride March Director. “Our 2017 Grand Marshals are a snapshot of the numerous organizations, individuals, and philanthropists that will lead us through this unprecedented time in our nation.”

The 48th NYC Pride March will kick off at noon on June 25, at 5th Avenue and 36th Street in Manhattan. The route proceeds through Midtown on 5th Avenue and ends at Christopher and Greenwich Streets.

NYC Pride’s 2017 theme, “We Are Proud,” speaks to the LGBT community’s unwavering ability to rise and be proud, even while under attack by a hostile political environment.

Heritage of Pride, Inc. is the volunteer-directed organization behind the official NYC Pride roster of events. The 2017 roster will include more than 13 different Pride events for LGBT and allied people of all ages, taking place during the last two weeks of June. Heritage of Pride’s mission is to work toward a future without discrimination where all people have equal rights under the law. We do this by producing LGBT Pride events that inspire, educate, commemorate and celebrate our diverse community. For more information about Heritage of Pride and NYC Pride, including opportunities to volunteer, sponsor, or purchase tickets, visit http://www.nycpride.org/.