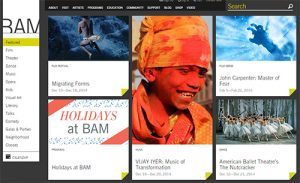 The Enchanted Wanderer at BAM

BAM and the Mariinsky present

Rodion Shchedrin’s rarely performed opera merges gypsy songs, Russian Orthodox choral music, and traditional Slavic instruments with 20th-century idioms. Based on the short story by Nikolai Leskov, The Enchanted Wanderer concerns Ivan, the eponymous wanderer, who embarks on a series of sordid misadventures that lead to his unlikely embrace of monasticism. Valery Gergiev conducts this musical treasure, staged amid the reeds of Russia’s mythic past and evoking the fabled lore of Baba Yaga, Mussorgsky, and Rimsky-Korsakov alike.

Libretto by the composer after the novel by Nikolai Leskov, The Enchanted Wanderer