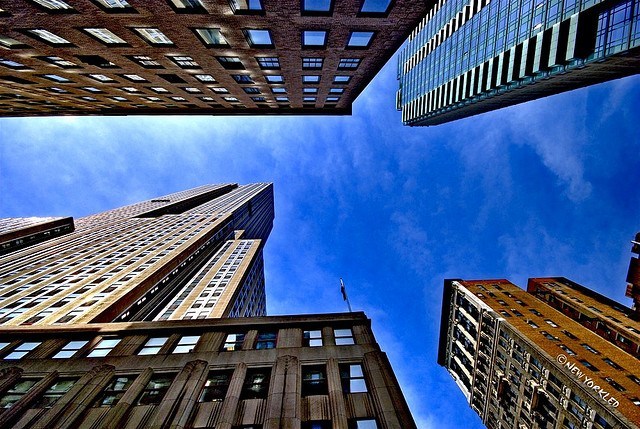 NEW YORK – October 17, 2014— Empire State Realty Trust, Inc. (NYSE: ESRT) today announced that after 37 years, the Empire State Building is updating its annual signature event—the Empire State Building Run-Up—with a more exclusive, focused race format and exciting new features planned for the 2015 race. ESRT has secured a new race management partner, lead sponsor and charity partner, which it will announce in November, along with race registration information to be found on www.empirestatebuilding.com. The Empire State Building Run-Up (ESBRU), the pinnacle event in global tower running, will continue to challenge runners from around the world in a race to climb the 1,576 steps and 86 floors of the World’s Most Famous Office Building on February 4, 2015.

ESRT is committed to maintain and improve the ESBRU as the marquee tall tower race and looks forward to a new era with international competitors, sponsor partners and its worldwide audience.

“The Empire State Building Run-Up has been one of the most unique and iconic races not only in New York City, but also for runners around the world for nearly four decades,” said Anthony Malkin, Chairman, CEO and President of ESRT. “We could not be more excited to build on our Run-Up’s success and look forward to elevating this once-in-a-lifetime experience for runners.”

1,050   Distance climbed in the race (approximately one-fifth of a mile vertically)

About the Empire State Building

Soaring 1,454 feet above Midtown Manhattan (from base to antenna), the Empire State Building, owned by Empire State Realty Trust, Inc., is the “World’s Most Famous Office Building.” With new investments in energy efficiency, infrastructure, public areas and amenities, the Empire State Building has attracted first-rate tenants in a diverse array of industries from around the world. The skyscraper’s robust broadcasting technology supports all major television and FM radio stations in the New York metropolitan market. The Empire State Building was named America’s favorite building in a poll conducted by

This press release includes “forward looking statements”. Forward-looking statements may be identified by the use of words such as “believes,” “expects,” “may,” “will,” “should,” “seeks,” “approximately,” “intends,” “plans,” “pro forma,” “estimates,” “contemplates,” “aims,” “continues,” “would” or “anticipates” or the negative of these words and phrases or similar words or phrases. The following factors, among others, could cause actual results and future events to differ materially from those set forth or contemplated in the forward-looking statements: the factors included in the Company’s

Annual Report on Form 10-K for the year ended December 31, 2013, including those set forth under the headings “Risk Factors,” “Management’s Discussion and Analysis of Financial Condition and Results of Operations,” “Business,” and “Properties.” While forward-looking statements reflect the Company’s good faith beliefs, they are not guarantees of future performance. The Company disclaims any obligation to publicly update or revise any forward-looking statement to reflect changes in underlying assumptions or factors, or new information, data or methods, future events or other changes after the date of this press release, except as required by applicable law. For a further discussion of these and other factors that could impact the Company’s future results, performance or transactions, see the section entitled “Risk Factors” in the

Annual Report on Form 10-K for the year ended December 31, 2013, and other risks described in documents subsequently filed by the Company from time to time with the Securities and Exchange Commission. Prospective investors should not place undue reliance on any forward-looking statements, which are based only on information currently available to the Company (or to third parties making the forward-looking statements).