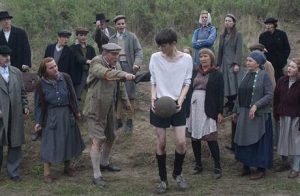 The Czech Center New York and Alliance for New Music-Theatre present a double bill of Vaclav Havel‘s Antiwords (based on Audience) and Unveiling, in two radically new stagings of Vaclav Havel’s works that bring out both the laughter and the alienation of Havel’s original voice.

Mirenka Cechova, a Czech actress, director and dancer, will in collaboration with Alliance for New Music-Theatre perform the two most famous one-act plays of the former Czech president, dissident and playwright Vaclav Havel. 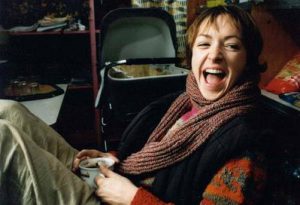 This performance is part of HAVEL’S TRILOGY, connected to the “Vaněk plays”, as part of the Mutual Inspirations Festival 2013 – Vaclav Havel, celebrating the life and legacy of the former president, playwright, and human rights advocate.

Antiwords received its premiere in Prague earlier this year, produced by the Spitfire Company, which “translated” the play into the language of physical and visual theatre with elements of an improvised clown show. The play, taking place in a brewery in a confrontation between a worker and his manager, features two young women, enormous bronze heads, and spewing beer in this ribald yet terrifying “contest” of masculinity. It was hailed as the most seminal production of Havel since the 1970’s.

Unveiling introduces three characters: a rich bourgeois couple and a dissident playwright, who is visiting his old friends’ reconstructed apartment only to discover they’ve grown worlds apart in a clash of opposite values. The play also receives a fresh take, transporting the work from its specific site and times of Czech society under a repressive totalitarian regime to convey the universal plight of the immigrant facing cultural contradictions.

The central character of Ferdinand Vaněk in both plays, who represents the dramatic alter ego of the playwright himself, observes society around him, enduring painfully funny angst in his alienation. The plays also explore the issues of integrity, morality and responsibility.