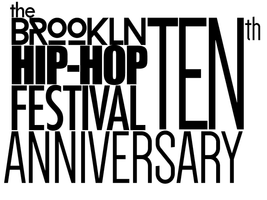 They begin the evening with the next installment of Told It First Hand, a series of intimate discussions with the “do-ers” of Hip-Hop in Brooklyn led by Wes Jackson, Festival Founder and Executive Director. Wednesday he sits down with Northside Media Co-Founder Scott Stedman and acclaimed author and BK Nation Co-Founder Kevin Powell to talk about Brooklyn and gentrification.

And then stick around for the second event of the evening, an insider’s look at this year’s festival headliners and performers from the festival’s last ten years. Artists talk to Wes Jackson about their formative years, their careers, and their love of Brooklyn (of course!).