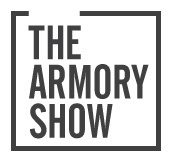 The Armory Show announced today that Sally Tallant, Lauren Haynes, and Dan Byers have been selected to curate The Armory Show’s 2019 edition, marking the fair’s 25th Anniversary Year since its founding in 1994. The Armory Show will open with a VIP Preview Day on Wednesday, March 6; the fair will be open to the public March 7–10, 2019.

Led by Nicole Berry, Executive Director, The Armory Show’s 2019 edition will once again convene a selection of top international galleries in Midtown Manhattan, presenting artworks that range from historical masterpieces to the latest contemporary projects by established and emerging artists. This year’s international curatorial team reflects The Armory Show’s core identity as a place for presenting new artists and strong curatorial viewpoints.