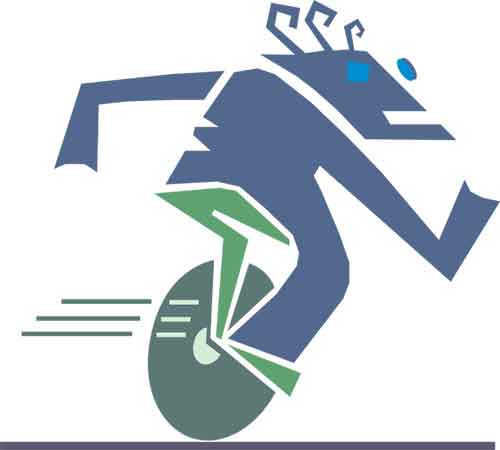 One Wheel the West Side. Unicycle riders will meet up in Battery Park at 10 am and journey up the West Side before rolling to Central Park for a loop. Some riders may return to Battery Park via an east side route.

Brooklyn Unicycle Day. Festivities begin Friday afternoon with a mass ride over the Brooklyn Bridge to Coney Island. Meet-up at 2 pm next to City Hall (Manhattan) at the base of the Brooklyn Bridge. We will roll at 3 pm. Expect to witness a one wheel parade across Brooklyn.

Here’s an event for all sorts of cycling fans. The day’s events will include competitions, exhibitions, races plus uni-cycling sports such as basketball, hockey and sumo. World-famous riders will also be on hand to display their skills as members of the general public will have a chance to their hands at the sport of unicycling. There’ll even be a DJ.

“All ages and abilities are welcome.”

Visit the related page at the Governors Island site as well as the official site itself.