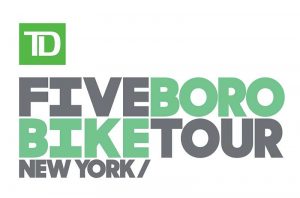 Be sure to visit the official site here…

Here’s a youtube video as taken from a participant at the 2017 ride:

The following is from a previous year (2016)

(New York, NY) On the morning of May 1st, 32,000 cyclists from every state in the nation and dozens of countries around the world will come together in lower Manhattan in support of Bike New York’s free bike education programs. From there, they will ride 40 miles through the five boroughs of New York City on car-free streets, which will include the FDR Drive, the Brooklyn-Queens Expressway, and the Queensboro and Verrazano-Narrows Bridges. Using proceeds from the Tour, Bike New York has, over the years, taught bike skills to tens of thousands of kids and adults throughout the five boroughs. The nonprofit’s free bike education program is the largest of its kind in the world—last year alone, more than 17,000 kids and adults learned bike skills.