A Gala Tribute to Fiddler on the Roof 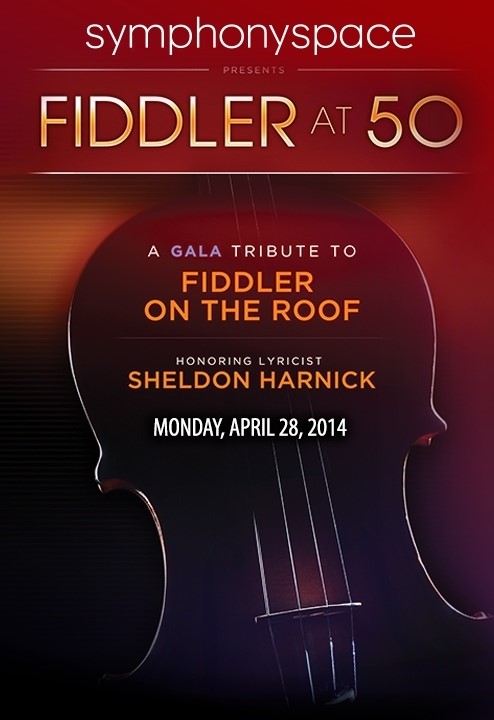 Please join them for the 2014 Symphony Space Gala: Fiddler At 50, an all-star tribute to the 50th Anniversary of Fiddler on the Roof.  The evening will honor Fiddler’s legendary lyricist Sheldon Harnick with a concert performance featuring selected songs from the iconic score.  The evening will be hosted by BD Wong. Performers include Kate Baldwin, Christina Bianco, Stephanie J. Block, Len Cariou, Joanna Gleason, Clint Holmes, Linda Lavin, Megan McGinnis, Trevor McQueen, Jane Monheit, Christine Pedi, Andrew Rannells, Tori Scott and Leslie Uggams.  Violinist Christian Hebel will be performing the role of The Fiddler.  Please note that artists are subject to change.  The concert performance of Fiddler at 50 will be produced and directed by Jim Caruso and John McDaniel.