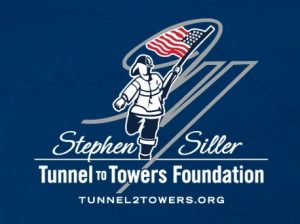 The Siller Family started the Stephen Siller Tunnel to Towers Foundation to honor the memory of their brother, Stephen, a New York City firefighter (FDNY) who lost his life on September 11, 2001 after strapping on his gear and running through the Brooklyn Battery Tunnel to the Twin Towers.