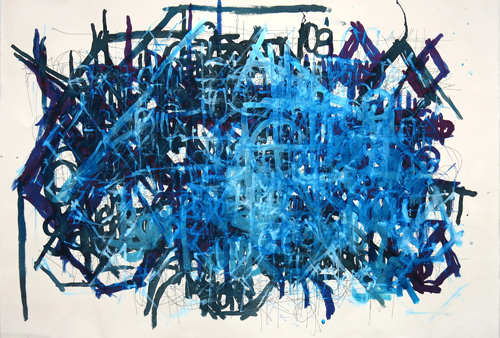 For twenty-one years, the Outsider Art Fair has been the world’s foremost annual show of Outsider, Self-Taught, and Folk Art. And for twenty-one years, the Outsider Art Fair took place in winter. In 2014, for the first time, the Fair will take place in the spring, from May 8 – 11 at Chelsea’s Center 548, the former home of the Dia Art Foundation, located at 548 West 22nd Street, New York, NY 10011. These dates coincide with the New York edition of Britain’s Frieze Art Fair.

“For anyone who has been paying attention to what’s going on in the art world, the Outsider Art Fair is a must-see event,” says Andrew Edlin CEO of Wide Open Arts.

Wide Open Arts is pleased to announce its exhibitors for the 2014 Outsider Art Fair. OAF has always showcased work by artists who have been obscure, neglected, or invisible. Eleven galleries who’ve been with the Fair since the beginning will return, offering a mix of the newly discovered with works by legendary outsiders.  For the first time since 1999, Philadelphia’s seminal Fleisher/Ollman Gallery will be present. Other dealers from the original lineup include Ames, American Primitive, Bonheur, Henry Boxer, Carl Hammer, Cavin-Morris, Gilley’s, Marion Harris, Ricco/Maresca, and Luise Ross.

With a total of 47 exhibitors from around the world, this year’s Fair features artists from countries including the Democratic Republic of the Congo (where Rigobert Nimi makes intricate, science-fiction-inspired sculptures from recycled industrial materials, exhibited by Galerie Degbomey in Paris), New Zealand (where Susan Te Kahurangi King’s striking Donald Duck drawings from the late 1950s will be shown by Chris Byrne and Marquand Books), and Brazil (where Alcides Pereira dos Santos made his biblically-inspired, boldly geometric paintings of nature and technology, exhibited by Sao Paulo’s Galeria Estação). 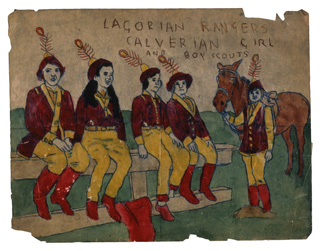 Yukiko Koide returns with her dynamic artists from Japanese workshops, and for the first time Megumi Ogita Gallery, also from Tokyo, will be displaying the calligraphic drawings of Shoko Kanazawa. And Paris’ Hervé Perdriolle, who played a pivotal role in curating the Cartier Foundation’s groundbreaking Histoires de Voir exhibition in 2012, also makes his New York debut with a booth comprised solely of self-taught artists from India.