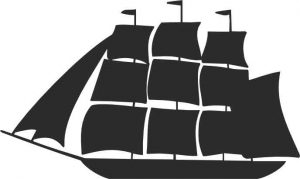 Spirit of the Seaport: A Victorian Haunting Aboard the Wavertree

The South Street Seaport Museum and J&J Events present Spirit of the Seaport: A Victorian Haunting Aboard the Wavertree on Friday, October 20, 2017 from 8pm to midnight aboard the restored 1885 full-rigged cargo sailing ship Wavertree. Tickets are $75 ($65 for members) and are available at https://web.ovationtix.com/trs/pe/10208323. For 21 and up.

Celebrate Spiritualism, a strange and fascinating time most popular from the 1840s to 1920s when ghosts were regularly conjured and spirits were high. Relive a time in the late Victorian period when people were drawn towards the paranormal, supernatural, and occult, of which the most popular forms included mesmerism, clairvoyance, thought-reading, and above all, Spiritualism, a belief that the dead communicate with the living.

Spirit of the Seaport guests will enjoy a champagne greeting as they board the Wavertree, a newly-restored sailing ship built in 1885. Step into another time aboard the Victorian vessel as magicians, mentalists, and tarot readers peek into the future while conjuring up the past. Listen to a live band perform jazz and ragtime music of the late 1800s, witness an authentic recreation of a Victorian séance in the spooky captain’s saloon, and sip on signature Seaport cocktails, beer, and wine throughout this most devilish affair.

As an exclusive addition, explore a preserved piece of the past on a candlelit-guided tour through Schermerhorn Row, one of the oldest warehouses of New York City, and home of the Seaport Museum. Guests will be given the unique opportunity to view the remains of 19th-century hotel rooms made famous by New Yorker writer Joseph Mitchell’s story “Up in the Old Hotel” as they hear the terrifying tales of the gruesome deaths that took place there over a hundred years ago.

With performances by mentalist Eric Walton, magician Albert Cadabra, and Jesse Gelber & the Rounders, playing jazz and ragtime music of the late 19th-century.

Please note this event is not wheelchair accessible. Portions of the event will be held outdoors. Guests will need to climb three flights of stairs (47 steps) to participate in the optional guided tour.