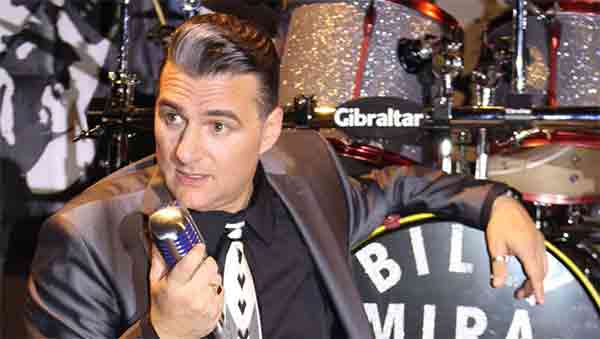 With the musical chops of Little Richard and the comedy chops of Rich Little, Billy Mira has amassed a loyal following of fans and celebrities alike (including Howard Stern, who’s called Mira one of his “favorite comedians in the whole world”). Now the lifelong musician-comedian and his sharply dressed band, The Hitmen, return to B.B. King’s in New York City with a special holiday edition of their high-energy rock ‘n’ roll show. A Vegas-style modern Americana Big Band with an edge, Billy Mira and The Hitmen play crowd-pleasing hits by Brian Setzer Orchestra, Tom Jones, Elvis Presley, Queen, the Stray Cats and more — effortlessly blending in Mira’s countless celebrity impressions and unique brand of comedy into the mix.