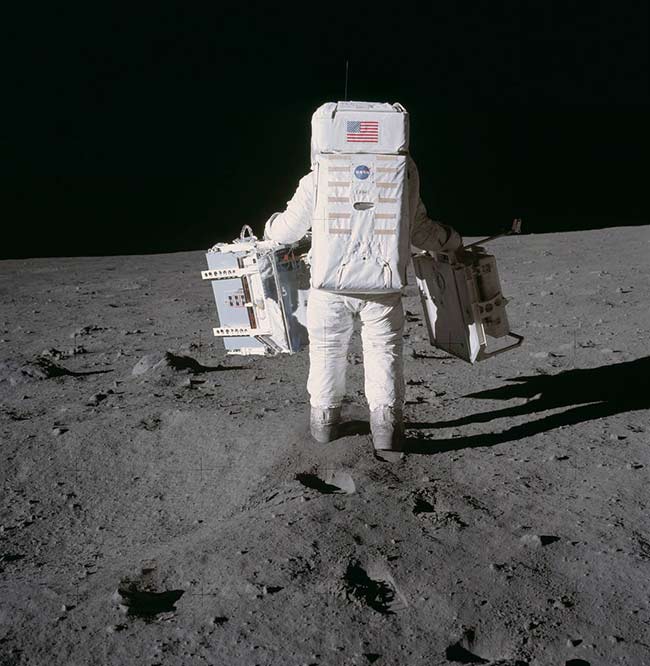 Taking place in correlation with the Apollo 11 Exhibition

Learn more about the following at their official site…

Chancellor’s Day: All About the Moon!

Sixty New York City school teachers will receive professional development credit for a one-day in-depth training entitled Celebrating the 50th Anniversary of the Apollo Moon Landing. It will feature a live webcast with The Museum of Flight in Seattle to tour their exhibition, Destination Moon.

New York Times bestselling author, Douglas Brinkley, takes a fresh look at the space program, President John F. Kennedy’s inspiring challenge and America’s race to the Moon.American Moonshot is a portrait of the brilliant men and women who made this giant leap possible, the technology that enabled us to propel men beyond earth’s orbit to the Moon and return them safely, and the geopolitical tensions that spurred Kennedy to commit himself fully to this audacious dream. There will be a book sale and signing after the program.

Join us on the flight deck for a special screening of the acclaimed new CNN documentary, Apollo 11, by director Todd Douglas Miller and archivist Dan Rooney. Piecing together never-before-seen original NASA film footage from the 1969 Apollo mission with never-before-heard hours of original audio, the resulting portrait of those historic nine days is dazzling!

This program is for individuals with dementia and their care partners. Led by trained Museum staff, small groups will explore the Museum and reflect on the history of the ship, its aircraft and the stories of people who served at sea. These multisensory experiences are designed to spark conversation and reflection. Commemorate the 50th anniversary of the Moon landing with a visit to the Space Shuttle Pavilion and pop-up planetarium.

A program for children and adults with developmental disabilities and their families. Commemorate this historic Moon landing with a unique tour and hands-on activities.

Enjoy views of the Hudson River and city skyline while screening the film First Man. The movie begins at sunset, weather permitting. This event is first-come, first-served.

Explore the universe in the Museum’s pop-up planetarium with our educator-led shows that will take you around our galaxy and back again. Shows will be running throughout the evening and are on first-come, first-served basis.

Celebrate the Apollo missions with Dr. Noah Petro who will share images from NASA’s Lunar Reconnaissance Orbiter at the Museum’s Astronomy Night. Introductions will be made by former NASA astronaut, Mike Massmino, who will also be on hand to answer Apollo questions. Following the talk, enjoy stargazing on the flight deck with high-powered telescopes (weather permitting). Advanced registration is required.

Meet members of the Space Enabled research group from MIT’s Media Lab and experience Earthrise: A 50 Year Contemplation, their celebration of the original Earthrise photo taken during the Apollo 8 mission in December 1968. Astronauts who have viewed Earth from space report feeling “inspired and changed by its size and fragility.” The Space Enabled research group asks if it is possible to create such a shift in view for Earthlings through an experiential installation.

Join for an evening of wonder and hilarity with a celebrated New York improv troupe. In 1961, President John F. Kennedy announced the audacious goal of landing an American on the Moon before the end of the decade. How was this going to be accomplished? We will explore this challenge with the improv group (and guest celeb) as well as former NASA astronaut Mike Massimino and NASA’s Noah Petro, deputy project scientist for the Lunar Reconnaissance Orbiter. This is an after-hours program for adults 21+. Beer and wine will be available for purchase with ID.

A planetarium show that will enable visitors to journey through the small steps that resulted in humanity’s giant leap to the Moon. Audiences will travel alongside astronauts on the Mercury and Gemini missions to discover the techniques and technology that NASA had to invent and perfect before attempting a trip to the Moon. Viewers will then travel 240,000 miles with the Apollo 11 crew and experience the lunar landing from the perspective of Michael Collins, command module pilot, who continued to orbit the Moon as Neil Armstrong and Buzz Aldrin explored its surface. The show will close with a discussion of how the lessons learned from the Space Race will be used to help humans return to the Moon and travel to Mars and beyond.

Come to the Intrepid Museum to celebrate the 50th anniversary of the Moon landings with an early morning opening for children with autism and their families. Commemorate this historic event with a tour and hands-on activities.

Intrepid After Hours invites military veterans and service members to experience the Museum at night. Enjoy the Museum without the crowds, and then join peers for conversation, exploration, a celebration of the 50th anniversary and a catered dinner.

The Intrepid Museum invites current and former service members and their children to celebrate the 50th anniversary of the Moon landings! Commemorate this historic event with a tour and hands-on activities.

Come to the Intrepid Museum to celebrate the 50th anniversary of the Moon landings with a sensory friendly evening for teens and adults with autism. The Space Shuttle Pavilion will be open late for exploration.

Space-Focused Programs for Schools and Other Educational Groups:

Bring your school, camp, scout or other 3-12th grade age group for a space-themed education program at the Museum!

Children in grades 3­–­6 will explore the challenge of maintaining physical health in a microgravity environment and discuss astronauts’ nutrition and preparatory physical training. Then, they will learn how the design and protective technology of space suits made it possible for men to walk safely on the Moon.

Students in grades 7­–12 will delve deeper into the history of the Space Race and the competition between the United States and the former Soviet Union. Students will imagine the challenge of creating technology that operates in the vacuum of space and discuss the engineering behind the space shuttle orbiter Enterprise and its robotic arm. Students will then construct their own “robotic arms” to capture and move objects.

A regularly scheduled short educator talk One Giant Leap: The 50th Anniversary of Apollo 11 will run for the length of the Apollo 11: Media, the Moon and Beyond installation.

Uncover Intrepid’s role in the early space program with our All Hands program for groups of individuals with disabilities. View the space shuttle Enterprise and explore replica space capsules.