on board the Schooner Pioneer 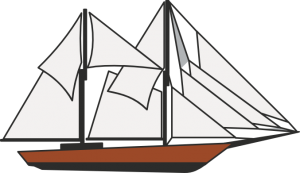 The South Street Seaport Museum announces Family Ecology Sail on July 31, 2016 from noon to 3pm at Pier 16 in the South Street Seaport on board the schooner Pioneer. Sailboats, tugboats, and ferries dot the surface of New York Harbor. But what lives under the waters?  Board the historic 1885 schooner and set sail past Governors Island for the fishing grounds of Bay Ridge.  We’ll set a trawl net and participants will haul it in, bringing up a variety of creatures from blue crabs to flounder. Will we catch a sea horse? A puffer fish? Maybe!  Then it’s time to man your halyard and haul away! Children and adults help raise the sails so we can continue our exploration the old fashioned way. While sailing past the Statue of Liberty we’ll learn about the sea creatures we caught, examine plankton through a view-scope, test the water to learn how animals live here, and learn about our marine ecosystem.  The sail is recommended for children aged 5 and up. This sail is fun for adults too-you don’t have to attend with children to enjoy the adventure!  Tickets are $45 for adults and $40 children 12 and under; South Street Seaport Museum members receive a $5 discount per ticket. Reserve your tickets at https://web.ovationtix.com/trs/pr/961826

ABOUT THE SCHOONER PIONEER

Pioneer was built as a sloop in Marcus Hook, Pennsylvania in 1885 to carry sand mined near the mouth of the Delaware Bay to an iron foundry in Chester, Pennsylvania. Ten years later she was re-rigged as a schooner.  In the days before paved roads, small coastal schooners such as Pioneer were the delivery trucks of their era, carrying various cargoes between coastal communities: lumber and stone from the islands of Maine, brick on the Hudson River, and oyster shell on the Chesapeake Bay. Almost all American cargo sloops and schooners were wood, but because she was built in what was then this country’s center of iron shipbuilding, Pioneer had wrought-iron hull. She was the first of only two cargo sloops built of iron in this country, and is the only iron-hulled American merchant sailing vessel still in existence.  By 1930, when new owners moved her from the Delaware River to Massachusetts, she had been fitted with an engine, and was no longer using sails. In 1966 she was substantially rebuilt and turned into a sailing vessel once again. Today she plies the waters of NY Harbor carrying adults and children instead of cargo in her current role as a piece of “living history.”

South Street Seaport Museum is a non-profit cultural institution located in the heart of the historic Seaport district in New York City. Founded in 1967, the South Street Seaport Museum preserves and interprets the history of New York as a great port city. Designated by Congress as America’s National Maritime Museum, the Museum houses galleries and performance spaces, working nineteenth century print shops, a maritime library, a maritime craft center, and a fleet of historic vessels that all work to tell the story of “Where New York Begins.”