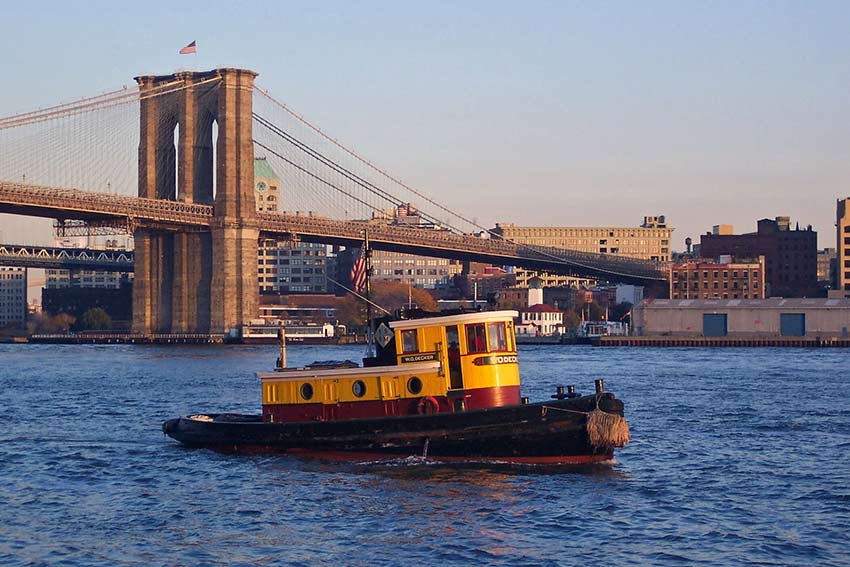 The South Street Seaport Museum announces an expanded schedule for the public cruises on Tugboat W.O. Decker. Take a 60-minute ride on New York’s last remaining New-York-built wooden tugboat and see the Statue of Liberty, Ellis Island and the lower Manhattan skyline as never before. Decker will cruise past Governor’s Island with Battery Park, One World Trade Center and all of the lower Manhattan skyline as a backdrop and head to the Statue of Liberty for stunning harbor views. This May marked the first time Decker was available for public cruises in nearly a decade, now with an expanded schedule: Wed-Friday: 2pm and 7pm. Sat & Sun: 1:30pm, 3pm, 4:30pm and 7pm. Decker Tours are $35 and include admission to the Museum. Cruises can be booked in advance at https://web.ovationtix.com/trs/pr/1011575.

Tickets for a cruise plus Museum Admission are $35 ($29 for seniors and students, $15 for children 10 and up) The 7pm cruises do not include admission and are $25. Museum tickets alone are $20 ($14 for seniors and students, children under 8 NOW FREE) and can be purchased at www.southstreetseaportmuseum.org. The South Street Seaport Museum is located at 12 Fulton Street, NY, NY 10038.

W.O. Decker, the last remaining New-York built wooden tugboat, was built in 1930 by the Newtown Creek Towing Company and originally named Russell I,after the towing company’s owners. She was renamed W.O. Decker in 1946 after being sold to the Decker family’s Staten Island tugboat firm. The tugboat was donated to the Seaport Museum in 1986. Decker is listed on the National Register of Historic Places and is an exemplary model of the types of steam tugs that were once an abundant sight in New York Harbor. This unique vessel is a true testament to New York City’s maritime heritage, which is a direct factor in the city’s global prominence today.

The South Street Seaport Museum, located in the heart of the historic seaport district in New York City, preserves and interprets the history of New York as a great port city. Founded in 1967, and designated by Congress as America’s National Maritime Museum, the Museum houses an extensive collection of works of art and artifacts, a maritime reference library, exhibition galleries and education spaces, working nineteenth century print shops, and an active fleet of historic vessels that all work to tell the story of “Where New York Begins.”