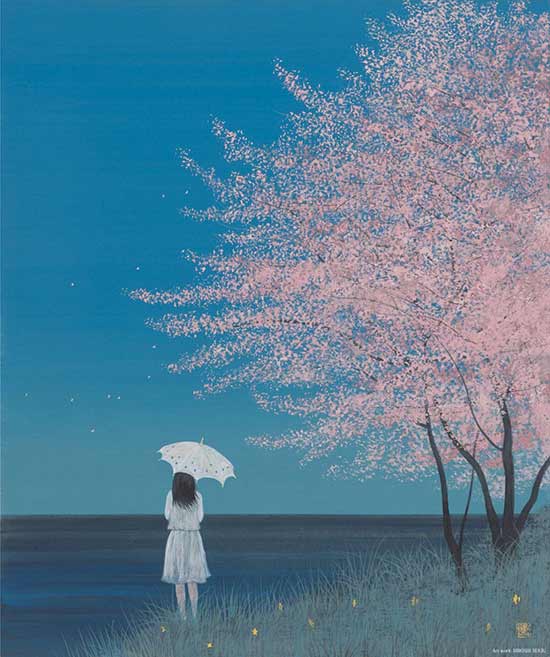 the U.S. Premeire of

The Last Message, written by award-winning Japanese composer Shigeaki Saegusa and performed by Roppongi Male Chorus ZIG-ZAG and the Tokyo Philharmonic Orchestra, is an epic work imbued with a deep transcendental spirituality. Drawing inspiration from The Voice of Mankind, a collection of letters written by soldiers of various nations who died during World War II, it is a testimony to the endurance of love and humanity in times of war and an appeal for world peace.

Premiered in Tokyo in 2010, The Last Message was performed in Geneva, Switzerland, as an official concert for the International Conference of the Red Cross and Red Crescent in 2011. In 2013, ROKUDAN performed it in a concert organized by Volgograd Oblast in Volgograd City, Russia. In 2015, they performed it at the Philharmonia in St. Petersburg, Russia, as a memorial concert for the Anniversary of the beginning of the Siege of Leningrad. In 2017, to celebrate 75th anniversary of diplomatic relationship between Vatican and Japan, ROKUDAN preformed it in Church of Sant’Ignazio di Loyola in Rome, Italy. After the concert at Carnegie Hall, they are scheduled to perform the work at Suntory Hall in Tokyo.

Program: The Last Message for Male Chorus and Orchestra, composed by Shigeaki Saegusa

Founded in 1911, the Tokyo Philharmonic Orchestra is the oldest classical orchestra in Japan. In 2011, TPO celebrated its 100th anniversary as Japan’s first symphony orchestra. With about 130 musicians, TPO performs both symphonies and operas regularly. TPO has established its world-class reputation through its subscription concert series, regular opera and ballet assignments at the New National Theatre, and a full, ever in-demand agenda around Japan and the world. http://tpo.or.jp/en/

Born in 1958, Naoto Otomo graduated from the Toho Gakuen School of Music having studied conducting under Seiji Ozawa, Kazuyoshi Akiyama, Tadaaki Odaka and Morihiro Okabe. His studies took him to Tanglewood where he worked with conductors such as André Previn, Leonard Bernstein and Igor Markevitch. During his career, Otomo has regularly made appearances with major orchestras both in Japan and overseas. Otomo’s repertoire ranges from classical to contemporary works, and since his first recording at the age of 20, his work has been featured on numerous albums. Otomo is the recipient of the 8th Akio Watanabe Music Foundation Award (2000) and the 7th Hideo Saito Memorial Fund Award (2008). http://www.kajimotomusic.com/en/artists/k=45/

Born in Tokyo in 1942 and graduated with an M.A. from Tokyo National University of Fine Arts, Saegusa is best known for his opera version Chushingura of the well-known kabuki epic of the Forty-seven Ronin/Chushingura with a libretto by the novelist Shimada Masahiko. In 2014 the opera Jr. Butterfly was re-performed at the 60th Puccini Festival in Italy with an Italian cast and Italian lyrics. In October 2017 his first opera buffa The Mad Day in Midsummer with libretto by Mariko Hayashi and directed by Yasushi Akimoto premiered in Tokyo. He has also written the background music for anime, the foremost of which being Mobile Suit Zeta Gundam. Saegusa has been awarded prizes such as Best Music Award at the 33rd Asia-Pacific Film Festival in 1988, CESARE ZAVATTINI award at the 42nd Festival Internazionale del Cinema di SALERNO in1989, and Best Music Award of Feature Film Music at the Japan Academy Awards in 1989. In 2007, he was awarded the Tachibana Akiko Prize and the Medal with Purple Ribbon by the Emperor of Japan. In 2017, he received the Order of the Rising Sun, Gold Rays with Rosette by the Emperor of Japan. http://www.saegusa-s.co.jp/index.html (Japanese)

In 1999, about 20 people, well-known professionals in their own fields, got together to perform at an AIDS charity benefit concert. Members hail from a wide range of backgrounds: politicians, businessmen, academics and cultural figures, ranging in age from 24 to 86. They perform and raise money at various charity events for causes such as the Children’s Earth Fund, the Afghanistan Ambulance Fund, Indian Ocean Tsunami aide and assistance for the victims of “311,” the Great East Japan Earthquake. There are more than 100 members, who come together to declare the beauty which music provides throughout our lives. http://rokudan-zz.com/en/

Founded in 1947 under the egis of the United Nations Staff Recreation Council, the UN Singers comprise present and former staff of the UN, affiliated organizations and national delegations. The choir aims to spread the message of harmony and understanding among people of different cultures through the universal language of music. Forming a microcosm of the world, the Singers come from many different countries. They rehearse in their leisure time, outside office hours, but are usually granted official leave for concert tours. With a repertoire of folk songs and choral music sung in some 50 languages and wearing national costumes, the Singers are often called upon to perform in ceremonies at the UN and in other commemorative events. Acting as unofficial UN ”goodwill ambassadors”, the choir has performed in many countries around the world. In 2012 they performed in Hiroshima, Nagasaki and Okinawa Japan and in 2014 they travelled to the Philippines on a concert tour in the aftermath of super typhoon Haiyan. In 2015, the Singers was invited to perform in Beijing, China to mark the 70th Anniversary of the end of the WWII and the founder of the United Nations. In 2017, the Singers travelled to the South Korea for the first time, performed at the Korean Demilitarized Zone and spread the hope of peace amid rising regional tensions.