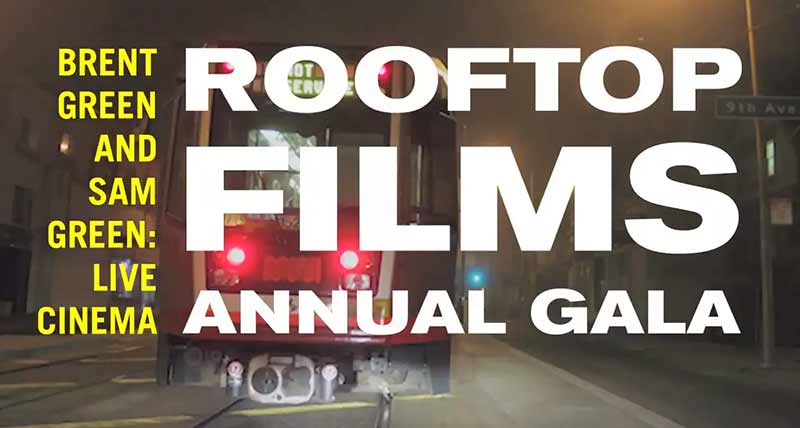 Rooftop Films to Honor Filmmakers Kirsten Johnson and Taika Waititi at their First Ever Gala Johnson, Waititi, and other notable filmmakers to attend

Rooftop Films is excited to host their first ever Gala on Tuesday, January 31, 2017 at Saint Bartholomew’s Church in Manhattan. The evening will raise funds for Rooftop’s vital community programs as well as celebrate two gifted, creative and fearless artists who have made a contribution to the art of filmmaking this past year: Kirsten Johnson (Cameraperson ) and Taika Waititi (Hunt for the Wilderpeople).

Kirsten Johnson has worked in the documentary field for 25 years and shot for over 60 directors as a cinematographer, including for acclaimed filmmakers Laura Poitras, Michael Moore, Barbara Kopple, Gini Reticker, Raoul Peck, Amy Ziering, and Kirby Dick. She has followed people in conditions of war, poverty, and violence, during emergencies in hospitals as well as in the joys of unexpected victories. She has filmed the subtleties and extremities of the range of human emotion. In her critically acclaimed 2016 feature  Cameraperson, Johnson revisited footage from her quarter century tenure to engage with the questions of ethical dilemmas and unintended consequences in the filming process. The result was a formal and collaborative innovation that pushed the boundaries of nonfiction filmmaking.

Taika Waititi’s career began with a bang when his short film, Two Cars, One Night, was nominated for an Academy Award. His following feature-length films have won awards at Berlinale, as well as the Maui, Sydney, Melbourne and AFI Film Festivals, with Boy becoming the highest grossing local film in New Zealand’s history. Waititi is best known in America for his 2014 vampire mocumentary What We Do In The Shadows,  and his latest feature, and 2016 Summer Series Selection Hunt for the Wilderpeople. On its opening weekend Wilderpeople took in 1.3 million dollars in New Zealand, more than half of which was taken in on that Saturday — making Hunt for the Wilderpeople ’s Saturday the highest grossing single day for a New Zealand film EVER. Clearly somebody over at Disney was paying attention because it was around this time that Taika was tapped to direct the latest Avengers feature Thor: Ragnarok.

Rooftop Films is a non-profit organization whose mission is to engage and inspire the diverse communities of New York City by showcasing the work of emerging filmmakers and musicians. In addition to their annual Summer Series – which takes place in unique outdoor venues every weekend throughout the summer – Rooftop provides grants to filmmakers, rents equipment at low-cost to artists and non-profits, and supports film screenings citywide with the Rooftop Films Community Fund. At Rooftop Films, we bring underground movies outdoors. For more information and updates please visit their website at  www.rooftopfilms.com.