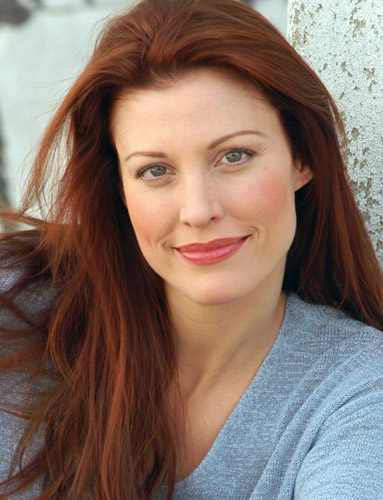 Little Me, Neil Simon¹s first musical, is the story of the glamorous Belle Poitrine (Rachel York as young Belle, Judy Kaye as older Belle), a self-invented celebrity who has spent her life in pursuit of wealth, culture and social position. Tony Award-winner Christian Borle will play all six of Belle¹s oddball lovers, who range from an innocent college boy to an octogenarian lecher to the dying king of a tiny European country that doesn¹t seem to exist.

Based on the novel Little Me: The Intimate Memoirs of that Great Star of Stage, Screen and Television/Belle Poitrine, by Patrick Dennis, Little Me has a book by Neil Simon, music by Cy Coleman and lyrics by Carolyn Leigh. The original production starred Sid Caesar as Belle¹s six love interests. It opened at the Lunt-Fontanne Theatre on November 17, 1962 and ran for 257 performances. Songs include ³I’ve Got Your Number,² ³Real Live Girl² and ³The Other Side of the Tracks.²

Christian Borle (multiple parts) won a Tony Award for his role in Peter and the Starcatcher and was nominated for Legally Blonde. His other Broadway credits include Mary Poppins, Thoroughly Modern Millie, Monty Python¹s Spamalot and Footloose. Borle has starred Off-Broadway in the Signature Theatre Company’s revival of Angels in America and Elegies: A Song Cycle by William Finn at Lincoln Center. He most recently starred in NBC-TV¹s ³The Sound of Music Live!² and NBC’s musical drama “Smash.” Borle starred in the Encores! production of On the Town. He will be seen in Michael Mann¹s upcoming cyber crime movie.

Robert Creighton (multiple parts)¹s many Broadway credits include The Mystery of Edwin Drood, Anything Goes, Laughing Room Only, Chitty Chitty Bang Bang, The Little Mermaid, and Chicago. His television credits include ³Law and Order ³and ³Life on Mars.² He continues to perform regionally, most notably as James Cagney in Cagney! , the show he conceived and co-authored. Robert appeared in the Encores! Summer Stars production of Damn Yankees.

David Garrison (Patrick Dennis) is widely known as Steve Rhoades on television’s “Married with Children.” He was most recently seen as Fagin in Oliver! at the Paper Mill Playhouse. His Broadway credits include A Day in Hollywood/A Night in the Ukraine (Tony nomination), Titanic, Wicked, Bells Are Ringing, That Championship Season, Torch Song Trilogy and The Pirates of Penzance. His Off-Broadway credits include Silence! The Musical (as Hannibal Lecter), I Do! I Do!, and By the Way, Meet Vera Stark. David won a Helen Hayes Award for his work as Charlie in Stephen Sondheim’s Merrily We Roll Along at Arena Stage and was seen in the Encores! production of Strike Up the Band.

Harriet Harris (Mrs. Eggleston)¹s many Broadway credits include Rodgers and Hammerstein¹s Cinderella, Present Laughter, Cry-Baby, Thoroughly Modern Millie (Tony Award) and The Man Who Came to Dinner. Her Off- Broadway credits include Paul Rudnick’s Jeffrey (Drama Desk nomination) and Bella, Belle of Byelorussia. Her many television credits include recurring roles on ³Frasier² and ³Desperate Housewives.² Regionally, she appeared as Vera Charles in the Kennedy Center’s production of Mame and as Amanda Wingfield in The Glass Menagerie at the Guthrie Theater.

Judy Kaye (Older Belle) won the Tony Award for her performance as Carlotta in The Phantom of the Opera and was nominated for her roles in Mamma Mia! and Souvenir. She also appeared on Broadway in Ragtime, On the Twentieth Century, Sweeney Todd and Grease! Judy has appeared in theaters and opera houses across the country as Mama Rose in Gypsy, Pistache in Can-Can, Aldonza in Man of La Mancha, Mrs. Lovett in Sweeney Todd, Annie in Annie Get Your Gun, Lucy Lockit in The Beggar¹s Opera and Sally in Follies. She appeared at City Center in the Encores! productions of Bells Are Ringing and Face the Music. 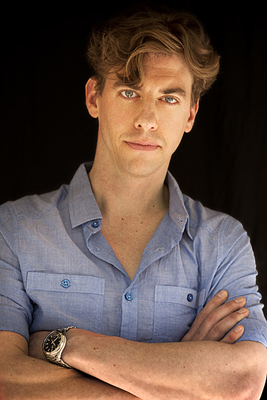 Lewis J. Stadlen (Bennie Buchsbaum) has been seen on Broadway in The Nance, The Producers, The People in the Picture, 45 Seconds From Broadway, A Funny Thing Happened on the Way to the Forum (Tony Award nomination), Laughter on the 23rd Floor, The Female Odd Couple, Candide (Tony Award nomination), The Sunshine Boys and Minnie¹s Boys, for which he received Drama Desk, Outer Critics and Theatre World awards.

Lee Wilkof (Bernie Buchsbaum) created the role of Seymour in the original Little Shop of Horrors. His Broadway credits include the world premiere of Breakfast at Tiffany’s, The Odd Couple, Democracy, The Boys from Syracuse, Kiss Me Kate and She Loves Me. His Off-Broadway credits include Assassins (Drama Desk Award nomination), The Present Tense (Obie Award, Drama Desk Award nomination), Mizlansky/Zilinsky or Schmucks, The Underpants and June Moon.

Tony Yazbeck (George Musgrove ) has appeared on Broadway in Chicago, Irving Berlin¹s White Christmas, A Chorus Line, Oklahoma!, Never Gonna Dance , and Gypsy with both Tyne Daly and Patti LuPone. His many Encores! credits include On the Town, Gypsy, The Apple Tree, A Tree Grows in Brooklyn and Pardon My English. He was recently seen in Barry Manilow¹s Harmony at the Alliance and Ahmanson Theatres.

Rachel York (Belle) has appeared on Broadway as Fantine in Les Misérables; Norma in Victor/Victoria (Drama Desk Award) with Julie Andrews; Marguerite in The Scarlet Pimpernel; Miss Fancy in Sly Fox with Richard Dreyfuss and as Christine Colgate in Dirty Rotten Scoundrels with Jonathan Pryce. She appeared Off-Broadway opposite Julie Andrews in Stephen Sondheim¹s Putting It Together and in the Lincoln Center Theater production of Dessa Rose. Most recently, Rachel starred as Reno Sweeney in the national tour of Anything Goes, and as Lucille Ball in the CBS-TV movie, ³Lucy.² She created the role of Cruella de Vil in The 101 Dalmatians Musical directed by Jerry Zaks. Rachel starred in the Encores! production of Gentlemen Prefer Blondes.

Rob Berman (Music Director) is in his seventh season as music director of Encores!, where he has conducted 15 productions and several gala concerts. Rob conducted the cast recordings of three Encores! productions: Merrily We Roll Along, Pipe Dream, and Gentlemen Prefer Blondes. Rob’s Broadway conducting credits include Finian’s Rainbow, Irving Berlin’s White Christmas, The Pajama Game, The Apple Tree, Wonderful Town and Promises, Promises. He won an Emmy Award for his work as music director of the Kennedy Center Honors, and he won a Helen Hayes Award for his musical direction of the Kennedy Center’s production of Sunday in the Park with George. Rob has conducted for Barbara Cook with the Los Angeles Philharmonic, and he was also music director for the PBS presentation of A Broadway Celebration: In Performance at the White House.

Joshua Bergasse (Choreographer) is the 2012 Emmy Award-winning choreographer for the NBC drama ³Smash.² Other choreography credits include the Encores! production of It¹s A Bird…It¹s A Plane… It¹s Superman, The Sound of Music (Carnegie Hall), Secondhand Lions (5th Ave Theatre), Nerds (Philadelphia Theatre Company), Bomb-Itty of Errors and Captain Louie (Off-Broadway), Fame-The Musical (National Tour), West Side Story (Stratford Festival) and On the Town (Barrington Stage Company). For television, Joshua choreographed for Fox’s ³So You Think You Can Dance.² He will choreograph the upcoming Broadway production of Bull Durham.

John Rando (Director) will direct the upcoming Off-Broadway production of Tom Stoppard’s Rosencrantz and Guildenstern are Dead, and recently directed the staged performance of Rodgers and Hammerstein’s Carousel at the New York Philharmonic and the highly acclaimed revival of On the Town at Barrington Stage Company. John¹s Broadway credits include A Christmas Story, The Wedding Singer, Urinetown (Tony Award for Best Director), A Thousand Clowns and Neil Simon’s The Dinner Party. Off-Broadway credits include All in the Timing (revival, Obie Award for Direction) and The Toxic Avenger, among many others. His many Encores! credits include It¹s a BirdŠIt¹s a PlaneŠIt¹s Superman, Gentlemen Prefer Blondes, On the Town and Damn Yankees.

The 2014 Encores! season is made possible, in part, by the Stephanie and Fred Shuman Fund for Encores!, Stacey and Eric Mindich, Newman¹s Own Foundation, Nathalie and Pablo Salame and The Shubert Foundation.

New York City Center (Arlene Shuler, President & CEO), now in its 70th year, has played a defining role in the cultural life of the city since 1943. It was Manhattan¹s first performing arts center, dedicated by Mayor Fiorello La Guardia with a mission to make the best in music, theater and dance accessible to all audiences. Today, City Center is home to many distinguished companies, including Alvin Ailey American Dance Theater, City Center¹s Principal Dance Company, as well as Manhattan Theatre Club; a roster of renowned national and international visiting artists; and its own critically acclaimed and popular programs. The Tony-honored Encores! musical theater series has been hailed as ³one of the very best reasons to be alive in New York.² In summer 2013, City Center launched Encores! Off-Center, a new series featuring seminal Off-Broadway musicals filtered through the lens of today¹s most innovative artists. Dance has been integral to the theater¹s mission from the start, and dance programs, including the annual Fall for Dance Festival, remain central to City Center¹s identity. Vital partnerships with arts organizations including Jazz at Lincoln Center and London¹s Sadler¹s Wells Theatre enhance City Center¹s programmatic offerings. City Center is dedicated to providing educational opportunities to New York City students and teachers with programs such as Encores! In Schools and the Young People¹s Dance Series. Special workshops cater to families, seniors and other groups, while events such as the Fall for Dance DanceTalk series offer learning opportunities to the general public. In October 2011, City Center completed an extensive renovation project to revitalize and modernize its historic theater.