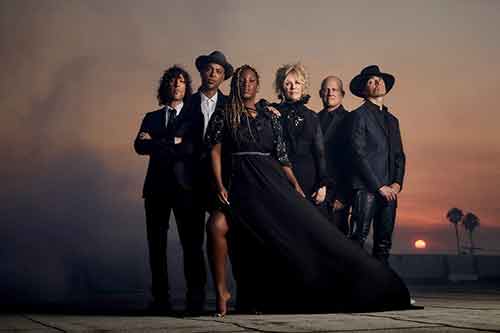 Led by Liv Warfield of Prince’s New Power Generation and Nancy Wilson of Heart, ROADCASE ROYALE has a rich background in rock and R&B. Warfield, Wilson, and their bandmates bring their decades of experience from the upper echelon of the music industry to ROADCASE ROYALE, along with a renewed sense of direction and drive.

Joining Wilson and Warfield are Warfield’s lead guitarist Ryan Waters and Heart veterans Dan Rothchild (bass), Ben Smith (Drums) and Chris Joyner (Keys). Each of these members shine with their various sensibilities creating the group’s sensitive, passionate, and driving rock and R&B sound. This event in New York is the kickoff for the group’s first national tour, including both headlining dates and opening slots on Bob Seger’s Runaway Train tour.