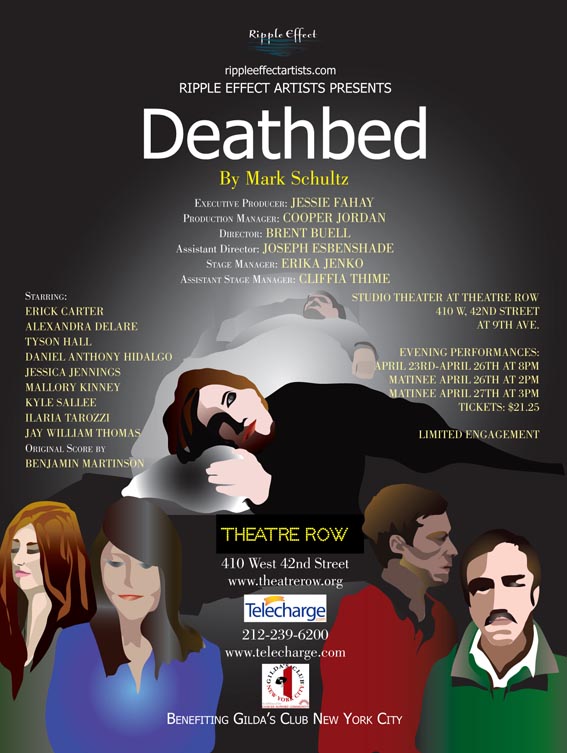 This Special Presentation will be at the Studio Theatre on Theatre Row, 410 West 42nd Street
New York City, Call Telecharge: 212-239-6200 for tickets.

Mark Schultz’s play DEATHBED depicts the plight of nine characters dealing with – or preparing for – the end. Ripple Effect and its producer, Jessie Fahay, believe that art should do more than imitate life; it should help it … even save it. Ripple Effect Artists will donate a significant percentage of box office proceeds to Gilda’s Club of NYC [www.gildasclubnyc.org] in the hopes that the efforts of these artists will create … a ripple effect.