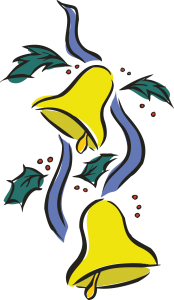 Proudly Present the Theatrical Event of the Holiday Season

TICKETS ON SALE NOW AT QUEENSTHEATRE.ORG

Titan, known for its adventurous and innovative takes on classic texts, brings the timeless story of Ebenezer Scrooge alive onstage with a cast of 12 adults and 6 children. This fresh and fast paced production transports audiences to Victorian England where they journey with the iconic Ebenezer Scrooge as he is visited by three transformational spirits from his past, present, and future who change his life forever. A classic story of redemption and forgiveness, A CHRISTMAS CAROL is the perfect theatre experience for everyone this holiday season.

“I consider this show to be our gift to audiences this holiday season. It is both original and familiar – I know that the families and groups of friends who come to see it together will have a special experience,” said Queens Theatre Managing Director Taryn Sacramone. “This is an extremely exciting project for Titan to be a part of,” said Titan Managing Director and Producer Kevin Beebee. “We could not be more thrilled to continue to strengthen our relation with Queens Theatre, as well as the Queens community.”

A Christmas Carol performs on the following schedule:

Tickets ($30 each or 4 for $100) available online at www.queenstheatre.org or by calling the Box Office at 718-760-0064. Tickets may also be purchased in-person at the Queens Theatre Box Office, Tuesday through Friday 12pm to 6pm, and two hours before showtimes on weekends. Senior discount available.

Car: Queens Theatre is accessible by all major highways that traverse Queens and is minutes away from Long Island, Manhattan, Brooklyn, the Bronx, and Westchester. And the best part? Parking is always FREE. http://queenstheatre.org/getting-theatre for directions