The Frog Prince and Peter and the Wolf 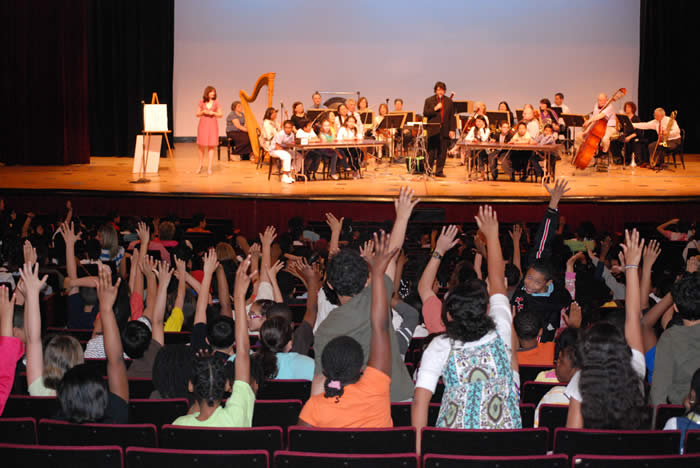 This Sunday, the Queens Symphony Orchestra (QSO) will offer another installment in its Family Concert Series, a new program of the 2013-14 season aimed at multi-generational audiences.
The concert will be completely free of charge.
The performance will take place at 3pm on Sunday, February 9th at LeFrak Concert Hall in Flushing, on the campus of Queens College. The program features Musical Director Constantine Kitsopoulos conducting a new composition, The Frog Prince by Victoria Bond, and narrating Prokofiev’s classic Peter and the Wolf while Associate Conductor Matthew Kasper takes the baton.
Those wishing to attend must secure their free tickets in advance, either in person at the box office of the Kupferberg Center for the Performing Arts, or by phone at 718-793-8080.
Those wishing to take advantage of an informal “Meet the Instruments” session, a QSO tradition of hands-on fun and learning, should arrive one-hour prior to the performance time. Kids (and kids at heart) can mingle with members of the orchestra and discover the elements of orchestral music.
QSO, a cultural bulwark of New York’s largest borough and its richly diverse community, has been bringing classical and popular symphonic music to a variety of audiences for more than six decades.
“The response to our first two Family Concert Series performances was terrific,” says Kitsopoulos, who made his debut with the New York Philharmonic in September. “Seeing children, parents and grandparents side by side in the seats is very satisfying for us. Attending symphonic performance brings families closer, and strengthens the arts in the community simultaneously.”